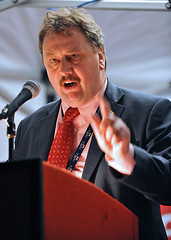 The Government has recently published draft regulations on an important aspect of its Trade Union Act concerning the application of the additional 40% ballot threshold in industrial action ballots.

The additional 40% specifies that in important public services at least 40% of eligible voters must vote in favour of industrial action. This is in addition to the general requirement to obtain at least 50% turnout in a ballot for a union to retain its immunity.

Regulations on the standard 50% and other aspects of industrial action are still up for debate and have not yet been published.

The five separate additional 40% Regulations cover health, transport, education, fire and border security and will probably come into force on 1 March. Caught in the Governmentâ€™s net are workers providing:

The Government intends to introduce a one year transition period for the â€śopt inâ€ť arrangements for unions’ Political Funds but has withdrawn its draft Regulations. It will return to this issue shortly, almost certainly keeping the one year transitional period.

During 2017, the Government will review and/or consult on: