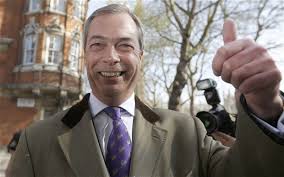 Compared with its 2010 General Election Manifesto, UKIP‚Äôs manifestos for the recent Euro and local elections were remarkably light on detail but long on saloon bar, right wing sentiment ‚Äì open boarders/immigration, leave the EU, allow smoking in pubs and the sort of petty nationalism that allows us to see some similarities ‚Äì but not exact comparisons ‚Äì between UKIP and the Poujadism that flourished very brightly, but very briefly, in France in the 1950s.

Pierre Poujade was the leader of a right wing populist movement of the lower middle class and self-employed who rallied against big business and public administration and, of course, the unions.

Poujadists shot to prominence in France in the 1956 election with 53 deputies (MPs) but lacking a clear policy other than what it was against Poujadism collapsed within two years.

Remarkably, for a party that is big on its support for SMEs (small and medium enterprises) neither of UKIPs¬Ý2014 manifestos had much to say on employment and more particularly, employment law.

Even tracking back to 2010 the only employment rights issues discernable from the UKIP Manifesto is a commitment to ‚Äúrepeal ‚Ä¶ the Temporary Workers‚Äô Directive‚Äù and ‚Äúwithdraw from the European Convention on Human Rights and Fundamental Freedoms‚Äù.

To find out what UKIP is really up to we have to lift the stone off their Small Business manifesto published on 24th January 2013, work that has been initiated by Narmada Thiranagama in her 2013 blog for the Institute of Employment Rights UKIP in the workplace.

The manifesto may be difficult to find however as UKIP has removed all trace of it from its website. Hardly surprising; it may become something of a liability for a party trying to attract workers‚Äô votes to be seen to be opposed to workers‚Äô rights (a trick that Thatcher pulled off with remarkable regularity however).

We get a flavour of how repeal of workers‚Äô rights is top of UKIP‚Äôs agenda when in the opening paragraph of the section The Burden of European Regulation on SMEs the party says ‚Äúan example of the costly new application of a regulation is ‚Ä¶ asbestos regulations‚Äù.

Try telling the surviving relatives of a mesothelioma victim that there is excessive regulation of asbestos! UKIP lists it five ‚Äúmost damaging or costly regulations‚Äù two of which are concerned with employment rights ‚Äì the Working Time Regulations and the Temporary and Agency Workers Directive.

In a remarkable example of the world turned upside down UKIP suggests that permanent workers enjoy job security and paid holidays at the cost of lower wages than they would otherwise receive but those on short term contracts who forgo the benefits of a permanent contact enjoy higher pay!

This happy arrangement is, according to UKIP, under threat from Temporary Agency Workers‚Äô Directive. UKIP would ‚Äúput an end to most legislation regarding matters such as weekly working hours, holidays and holiday, overtime, redundancy or sick pay, etc.‚Äù Particularly in UKIP‚Äôs sights are rights to maternity and paternity leave. In UKIPland ‚Äúit would be up to each employer to decide whether to offer parental leave.‚Äù

In a world where money trumps rights every time, UKIP suggests that SMEs that do not offer parental leave will have to offer young women (not men) higher wages or recruit from a smaller pool of willing labour. Thirdly, UKIP are unhappy with the equal opportunities cases being heard by Employment Tribunals, applicants to which are already reeling from the attacks made by the Cable – Beecroft alliance. Echoing Cable and Beecroft, UKIP supports the two year qualifying period before a worker is entitled to bring a case to the Tribunal.

To sum up, ‚ÄúUKIP would ‚Ä¶ scrap most ‚Äòequality and discrimination‚Äô legislation, cap all compensation payments and allow common sense to prevail.‚Äù Clearly a People‚Äôs Charter for a People‚Äôs Army!

So far City wide boy Nigel Farage has ruled out an alliance with Marine le Pen and the Front National, fascist winners of the Euro-poll in France, (interestingly, Jean Marie le Pen, Marine‚Äôs father and founder of the FN is a graduate of the Poujadist movement) but he has been spotted in talks with Beppe Grillo, leader of Italy‚Äôs populist 5 Star Movement and second in the Euro-election there.

Grillo has posted a flattering piece about Farage on his website.¬ÝThe emergence of a right wing populist bloc in the European Parliament although not powerful enough to rewrite existing Euro-legislation that unions have found useful ‚Äì for example, European Works Councils and Information & Consultation ‚Äì it probably has enough strength to ensure that the brakes are applied to the creation of the European supra-state and the development of social Europe.