Overdue, incomplete and likely to be ineffective 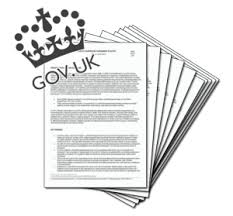 The latest changes are merely tinkerings that will allow abusive employers to continue to shrug basic employment responsibilities and inflate their profits on the back of their poorly paid and insecure workers. Exclusivity Clauses & Zero Hours Contracts Thompsons, as the leading trade union law firm, has continually argued against the use of zero hours contracts (ZHC) and repeatedly called for them to be outlawed. In our experience they are primarily used by employers as a device for avoiding employment responsibilities rather than out of any genuine need for flexibility.

This Bill, though it outlaws exclusivity clauses in a ZHC, still implicitly approves their widespread use despite the lack of any proof that they are anything more than a cynical race-to-the-bottom on the part of BritainŌĆÖs most unscrupulous employers.

Thompsons therefore gives a very guarded welcome to the governmentŌĆÖs move which is senselessly piecemeal and has only been forced on them by the overwhelming weight of common sense. Allowing the most vulnerable in society to commit themselves to an employer even though that employer has not offered any guaranteed hours of work in return is something even this government is embarrassed by – hence the ban.

Chief executive of Thompsons Solicitors, Stephen Cavalier has said: ŌĆ£Allowing workers to work for multiple employers is a meaningless ŌĆśconcessionŌĆÖ. This government knows zero-hours contracts are a blight on the Labour Market, but it is too much in the pocket of big business to tackle the problem.ŌĆØ

But in what is hardly likely to be an oversight there are plenty of loopholes in the current draft Bill which allow an employer to ‘tick the box’. Offering a ZHC with an exclusivity clause but with a minimal length of working hours ŌĆśguaranteedŌĆÖ ŌĆō insufficient to subsist on or even cover travelling costs, for example ŌĆō would be fine. Without major revisions to the existing text, this Bill is destined to have almost no impact on the lives of the very people it is aimed at protecting.

The Bill, whilst giving new powers to the Business Secretary to respond to abuses of exclusivity clauses in ZHCŌĆÖs does not extend far enough. It won’t allow for example for the definition of ZHCŌĆÖs to be revised and that means that an entirely new and separate piece of legislation would be needed in future to close the loophole above. Tinkering in the face of crisis

The government could change the definition of zero hours contracts now and ban exclusivity clauses but they have ducked the challenge and crafted the legislation in such a way as to tie the hands of a future truly reforming government.

Tom Jones, ThompsonsŌĆÖ Head of Policy, has said: ŌĆ£It looks as if again the Business Secretary, Vince Cable, has failed to grasp the nettle he has tinkered rather than reformed. Whilst cynically present the Bill as an advance Cable must know it truly isn’t. Either that or he has still not fully understood the nature of abusive employment and the real reasons which lie behind the use of such contracts.

ŌĆ£The Bill ignores all but one of the recommendations for reform contained in the independent report the government commissioned from Norman Pickavance and reflects the same dogmatic attachment to the mantra that the market knows best and any restriction on an employer is ‘red tape’ that this government is driven by above all.

ŌĆ£We are looking at a Bill which is severely overdue, incomplete and almost guaranteed to be ineffective.ŌĆØ

As for late payment penalties against employers who refuse to deliver compensation after a ruling from an employment tribunal, also contained in the Bill, ThompsonŌĆÖs welcome for any move that penalises those who withholding money due to a claimant is tempered by the fact that it is long overdue, is inexplicably limited in scope and puts penalty payments into government coffers rather than claimant hands.

The Department for Business, Innovation & Skills has restricted the scope for penalty measures when late or refused payments in fact blight many other areas of employment law and has dictated that penalty funds should be given to the state rather than the claimant who has suffered the delay.

There is plenty of time on the clock for the government to reconsider these toothless measures, Thompsons would urge parliament to take on unscrupulous employers with the full force of the law by implementing an effective ban on ZHC’s and institute a claimant-compensating penalty system for all areas of late or refused employer payments.