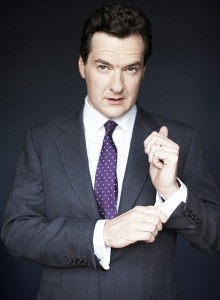 Nothing Up His Sleeve – Osborne Humiliated On Shares For Rights Again

George Osborne has been humiliated again after his shares for rights scheme was voted down in the House Of Lords.

Osborne’s pet project, which has little backing among employment lawyers and business and is totally opposed by unions plansÂ to allow workers to swap employee rights in return for company shares but Peers voted down the policy by 260 to 191 as the Lords patience began to wear thin.

The Coalition government managed to whittle down the number of Tory peers voting against many peers remained opposed to the scheme.

One described the scheme as â€śfundamentally wrong in principleâ€ť and â€śa dogâ€™s breakfastâ€ť dreamed up by someone who had never run a company â€“ a real dig at the chancellor.

â€śOsborne needs to wake up and smell the coffee,â€ť said one Labour adviser. â€śItâ€™s an incredibly significant defeat given that it has now been rejected twice in the Lords and with an increased majority.â€ť Two weeks earlier peers had rejected the proposals by a 54 majority.

Ministers want to introduce a new owner-employee contract, which allows owners to award shares worth between ÂŁ2,000 and ÂŁ50,000 to their staff. They say the change would cut red tape and help businesses. In return, the employee would give up certain rights, including unfair dismissal, redundancy, training rights and also the right to ask for flexible working.

Michael Fallon, business minister, who is piloting the scheme is expected to amend the bill to put a legal requirement on employers to set out in writing the conditions on which the shares are being offered.

The â€śwritten particularsâ€ť are expected to include an explanation of what should happen to shares if the company is wound up, any restrictions on selling shares and other details on statutory rights. However, some on the Labour side doubted whether it would be enough to win over recalcitrant peers.