Support The NUJ : Thwarted In Recognition Bid By “Bosses Union Of Choice” 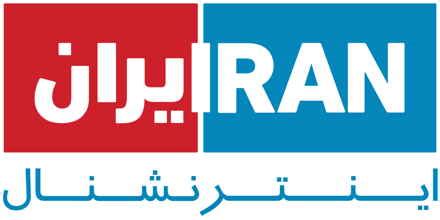 The National Union of Journalists has called on supporters of trade union rights to condemn the British Association of Journalists which has clinched a sweetheart deal with Iran International, despite the overwhelming number of journalists there being members of the NUJ who were engaged in a recognition bid.

The NUJ had been in talks with the broadcaster to secure trade union recognition since the beginning of this year.

Iran International refused to engage with the arbitrator ACAS and then revealed it had signed a recognition deal with BAJ, an obscure journalists‚Äô union.

The NUJ had been supporting members at Iran International who have faced harassment and threats to their families in Iran, and threats of action against them in London, by Iranian state officials.

Similar tactics have been used against staff in the BBC Persian Service over the past decade. As an affiliate of the International Federation of Journalists, the NUJ has lobbied the international community, via the UN, in support of press freedom and to put pressure on the Iranian state to stop its intimidation of journalists.

A statement from the NUJ‚Äôs Emergency Committee said it was ‚Äúwholly unethical and unprincipled for any union worthy of the name to trample over the rights of workers, or to deny a collective voice through the union they choose, rather than one chosen by an employer‚Äù.

BAJ had previously no known members nor presence at the company. There is a now BAJ ‚Äúrep‚Äù, a senior manager appointed by the union and management, and staff are now being put under pressure to join the union, which is not affiliated to the TUC and has no international trade union connections.

In a letter sent to BAJ and its NEC on Saturday night, asking for the union to withdraw its agreement, the NUJ Iran International chapel said it was ‚Äústunned‚Äù to see the announcement of the deal with BAJ the previous night, adding: ‚ÄúAs a chapel of minority ethnic workers, our voice has been completely taken away from us by an organisation that pretends to stand up for workers.‚Äù

The NUJ Emergency Committee statement said the NUJ would continue to negotiate with Iran International ‚Äúto achieve a sensible outcome that represents the wishes of the majority of the workers in the bargaining unit‚Äù.

The NUJ is prepared to fight the case through the courts and via a complaint to the International Labour Organisation if a solution is not found.

The union has now launched a campaign to support members at Iran International and their right to be represented by their union of choice; not one foisted on them by management.

It is asking all NUJ chapels and branches, the TUC and wider trade union movement and the general public to offer their solidarity to the Iran International chapel and will be raising the issue in Parliament via the NUJ‚Äôs cross-party Parliamentary Group.

Michelle Stanistreet, NUJ general secretary, said: ‚ÄúOur members have worked hard to build up their NUJ chapel and to progress collective bargaining to secure a genuinely independent collective voice at work. That voice has been denied them by the actions of BAJ, just as our recognition application was in its final straits.

“Union-busting should have no place in our workplaces or our society. Our members at Iran International have faced intimidation and harassment for their work as journalists ‚Äì that their rights of freedom of association should be trampled on in this way is a grave injustice and one that the NUJ will do all it can to rectify.‚Äù

Paul Siegert, NUJ National Broadcasting Official, said: ‚ÄúIf BAJ had any morals or understanding of what trade unions stand for then they would do the decent thing and tear up this agreement with Iran International. It is not too late to do the right thing and walk away rather than join forces with management and help silence the voice of workers.‚Äù

The NUJ Emergency Committee applauds the efforts of all NUJ members at Iran International who have worked hard over the past two years to organise, recruit and show collective solidarity in their commitment to gain NUJ collective recognition.

It further notes that in recent months, NUJ members and their families in Iran have been subjected to harassment and intimidation by the Iranian state, in its ongoing campaign to silence journalistic coverage of events in Iran and to undermine press freedom.

This EC condemns the announcement by the company on Friday 3 July that it had signed a collective recognition agreement with the British Association of Journalists, a non-TUC affiliated organisation which had no presence, no members and no prior involvement at the company.

The NUJ condemns any attempt to cynically and deliberately block an application for statutory recognition through an agreement with an organisation that has no democratic legitimacy and is a breach of workers‚Äô rights. This EC notes that the courts have been clear that such behaviour engages Article 11 of the European Convention of Human Rights as it prevents members being represented by a union that the majority had chosen to represent its interests. The right for a union to collectively bargain on behalf of its majority membership within a bargaining unit is an essential element of Article 11 which provides for the freedom of association and it cannot be usurped by a deal with an alternative organisation that commands no support within the bargaining unit.

As a democratic principled organisation established to uphold and fight for workers‚Äô rights, the NUJ believes it is wholly unethical and unprincipled for any union worthy of the name to trample over the rights of workers, or to deny a collective voice through the union they choose, rather than one chosen by an employer. Trade union rights are human rights.

This EC calls on Iran International and the British Association of Journalists to respect the legitimate rights of NUJ members to seek recognition with the union of their choice, not one imposed upon them.

This EC notes that the NUJ, through its general secretary and national broadcasting official, remains prepared to continue negotiations with the employer to achieve a sensible outcome that represents the wishes of the majority of the workers in the bargaining unit. If that does not happen the NUJ will fight this case through the courts and via a complaint to the International Labour Organisation.

This EC also calls on the general secretary to launch a union-wide campaign to raise awareness of this matter throughout all NUJ chapels and branches and among the general public; to seek immediate support from the TUC and wider trade union movement; to seek support from the International Federation of Journalists and global affiliates; to urgently raise with the NUJ‚Äôs cross-party parliamentary group and to highlight the abuse of legislation governing trade union rights in the UK to policymakers.

This EC commits the NUJ to taking all possible measures to ensure the rights of our members are respected, to offer them full protection and to do all we can to safeguard their fundamental rights. In doing that we offer the NUJ‚Äôs full support, protection and solidarity to all members at Iran International, and particularly to the NUJ‚Äôs team of dedicated and inspiring reps.