No World Cup Without Workers’ Rights 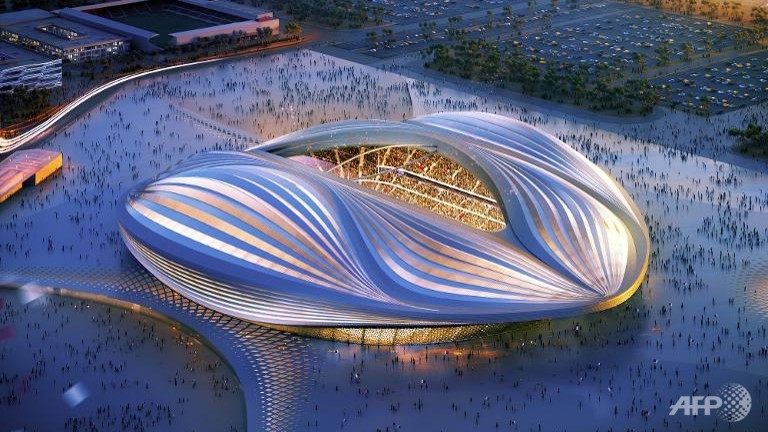 December 18th wasÂ International Migrants Day. It was timely for me as Iâ€™ve recently returned from visiting migrant workers in Qatar, where the 2022 World Cup is due to be held. Not a day has gone by since my return to the UK that I havenâ€™t thought about the scale of the exploitation of migrants working there to construct facilities for the contest.

Condemned byÂ Amnesty International, the UN Spokesperson for Human Rights and the ITUC, the systemic exploitation of migrant workers is hard-wired into the system called â€˜Kafalaâ€™, where migrants are unable to leave employment until their employer decides their contract is over.

Sending countries such as Nepal have desperate levels of unemployment and are rich pickings for recruitment agents. Promises of decent pay, return fares and accommodation paid for by a sponsorÂ make forÂ a tempting proposition. The reality is a job tethered to the sponsor, less pay than promised, unspeakably squalid living quarters in camps andÂ dire health and safety standards.

Itâ€™s all made worse by the fact that workers are routinely asked to hand over their passports, which are retained by the sponsor. Workers are issued with mandatory ID cards required to access even rudimentary health services. Sponsors regularly do not bother to renew the IDs and I saw IDs photocopied and laminated by sponsors, obvious fakes. Workers unable to show ID cards are vulnerable to arrest and detention.

I met workers who have not been paid for 7 months but whose sponsor refuses to issue an exit permit. The â€˜lucky onesâ€™ are allowed to trade the wages they are owed. Migrant workers are 99% of the construction workforce. The ITUC estimateÂ more workers will dieÂ building the infrastructure and hotels for the 2022 World Cup than there will be players on the pitch.

OurÂ small ITUC delegationÂ included the General Secretary of FIFPro, the global professional footballersÂ union, as well as representatives of the Nepalese trade union federation. The latter is organising workers underground as trade unions are illegal for non-Qatar nationals.

There are labour standards in Qatar,Â but enforcement is rare, andÂ putting cases forward is complex and lengthy. Five UK based construction companies have won contracts and while they cannot change the fundamental breaches of human rights enshrined within the Kafala system,Â they could tackle some abuses,Â although my fear is that such gestures represent a drop in the ocean and widespread worsening exploitation will prevail as pressure to complete projects builds up as it has in Brazil.

The ITUC saysÂ it is clear cutÂ â€“ only with freedom of association and an end to the Kafala systemÂ can the 2022 World Cup go ahead in Qatar. I agree. Until then we should keep campaigning toÂ #rerunthevote!

Originally posted on Gail’s Blog on December 18th and reposted with permission.