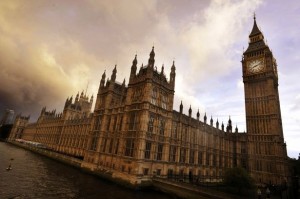 The governmentâ€™s controversial Lobbying Bill has received a new setback as a business dominated red tape advisory committee has told the government to withdraw and start again in its assessment of the impact of part three of the Bill that regulates union membership systems.

The Regulatory Policy Committee, set up by government to advise on the impact of regulations and with a majority of members having a business background, has given the Billâ€™s regulatory impact assessment a rare red rating. This means they think that it is unfit for purpose and the government should start again.

In their decision they say: “The impact assessment lacks a sound evidence base and is insufficiently robust to justify RPC validation of the estimated costs to civil society organisations (trade unions). The IA needs to provide a more detailed assessment of all likely costs to trade unions, including all familiarisation costs and recurring costs to small unions. The assessment should be supported by further evidence that was gathered from consultation with stakeholders, in particular quality assurers”.

TUC General SecretaryÂ Frances Oâ€™GradyÂ said: â€śPart three of this dreadful and friendless bill imposes needless red tape on trade union membership systems. But no-one has explained why. The law already regulates union membership and the union regulator, the Certification Officer, has plenty of power, but has received no complaints since 2004.

â€śThis committee is effectively saying that the impact statement has been written on the back of an envelope. That will not come as a surprise to anyone interested in this party-political partisan bill that has been attacked from all sides as it goes through parliament.â€ť

The Regulatory Policy Committee decision is available by clicking here.Â

A TUC briefing on the Transparency of Lobbying, non-Party Campaigning and Trade Union Administration Bill is available by clicking here.