Neo-liberalism and deregulation have exposed the population to virus 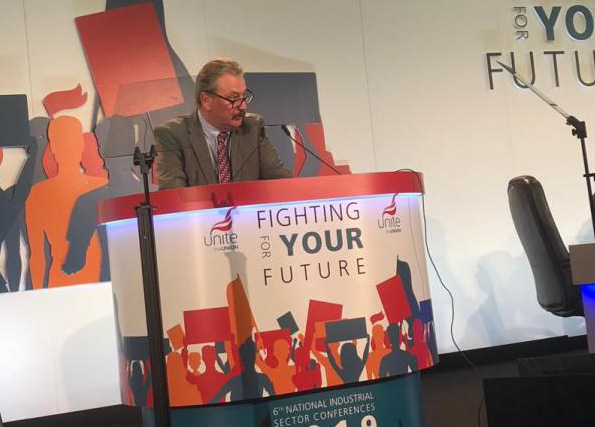 Are we to be undone in our hour of need by a combination of forty years of neo-liberalism and the hegemonic belief in the rights of ‚Äúfreeborn Englishmen‚Äù to more or less do as you please unfettered by overarching government restriction?

Certainly the crowds out and about in Snowdonia on Mothering Sunday, a record number of visitors apparently, show that messaging about social distancing is losing out to a misplaced belief in a right to be out and about in the countryside.

A belief that is encouraged by Prime Minister Boris Johnson who at his daily press conference can‚Äôt resist undermining social distancing by stressing his belief in freedom and liberty. In doing so he proves a point made in the broadsheets over the weekend that he‚Äôs really an over-educated newspaper columnist moonlighting as a prime minister.

The impact of neo-liberalism on the labour market means 1 in 10 UK workers now have precarious jobs ‚Äì including in the so-called ‚Äúgig‚Äù economy ‚Äì that‚Äôs 3.2 million workers on zero hours, casual, bogus self-employed or temporary contracts. It‚Äôs for these workers that the unions are now pressing the government for urgent action on income protection.

Neo-liberalism also shut the door on the unions having a voice in government. For good or ill, prior to 1980 there were many tripartite bodies through which the unions could have warned the Government that its initial strategy of protecting Capital at the expense of working people was the road to ruin. The Government has had to play catch up in bringing in the TUC and affiliates.

The TUC led by Frances O‚ÄôGrady and supported by members of the TUC EC secured a significant breakthrough last week in getting the government to shift away from exclusively acting to support business but doing nothing for workers.

As Lord Myners argued on the¬ÝToday¬Ýprogramme it‚Äôs not good enough to give business rate relief if the firm lays off workers, there needs to be pay packet protection.

Which is just what the TUC extracted from the Government last week. As TUC EC member and Unite Assistant General Secretary, Steve Turner, tweeted: ‚ÄúYou cannot overestimate the importance of this victory ‚Ä¶ 80% state support for wages backdated to 1 March! An alliance of industrial and political voices led by trade unions ‚Ä¶‚Äù

Clearly action is need for those already sacked before this breakthrough, Turner again: ‚ÄúWith pay protection now secured for employees we move onto ‚Ä¶ the reinstatement of those already on forced lay off ‚Ä¶ only strong unions can do this.‚Äù

This week the unions will be pressing the Government for more; support for the 3.2 million workers on precarious contacts and the self-employed and action on the pitifully low level of SSP, currently set at ¬£94.25 a week. Unite issued a statement on Sunday making just these points:

‚ÄúUnite is absolutely standing with all workers, regardless of how they fill in their tax return. Our leaders and officers are working with the Treasury to get solution for the self-employed, for better SSP, for day one benefits. No worker can be left behind‚Äù.

With no adequate or proper income protection those in the precarious sector will have no option but to go to work, even if ill; spreading the virus and with no alternative but to contribute to making an already bad situation worse.

Although the unions are having some success in winning some measures on pay packet protection from a hesitant Government we must remember that the Government‚Äôs first and natural instinct was to protect the interests of Capital and not Labour.

So although the fight against coronavirus is the political issue of the moment the Government has not let up on its other projects. Last week, with little fanfare, it published its Trade Bill setting out its position on post EU trade deals.

The briefing provided by the Institute for Government suggests that this is an innocuous measure. It says that the Bill will: first, to allow the UK to be a member of the agreement on government procurement (GPA), a¬ÝWorld Trade Organization¬Ý(WTO) arrangement which the UK is party to via the EU; second, to establish a UK-only Trade Remedy Authority (TRA) ‚Ä¶ and, third, to implement the EU trade deals which the UK is currently ‚Äòrolling over‚Äô ‚Ä¶

All of which may or may not be true but the big issue is really that the Bill will allow the Government to negotiate new trade agreements with no parliamentary scrutiny whatsoever. Clearly is has learnt from the social movement mobilisation, including the unions, against TTIP and CETA particularly and now believes that if it can keep the whole process shielded from public and parliamentary gaze it can sign away whatever it likes.

At the height of the COVID-19 pandemic the idea that our Government could, in secret, sign away our NHS to US health care corporations shows that the battle between the 1% and us, the 99%, has not diminished just because of the current health emergency.

Further, the Government published last week the emergency powers it intends to take with the Coronavirus Bill 2019-21. The Bill provides no provision for income protection ‚Äì this is being negotiated separately by the TUC and the Treasury. In the¬ÝMorning Star¬ÝJohn Hendy QC has analysed the Bill‚Äôs shortcomings in connection with SSP and also makes the general point that the Bill will give to the Government ‚Äúdraconian powers.‚Äù

Although it may be anyone‚Äôs guess how long the pandemic may last, the Government intends to take emergency powers that will last for two years, quite possibly well after the pandemic has subsided. When there was a real war, against nazi Germany and its allies in 1939/45, the Government‚Äôs emergency powers had to be renewed annually by Parliament.

A second difference between now and in the real war was the emergency powers during the Second World War allowed the government to requisition property. The current Government though is only interested in the regulation of people, for example the detention of infectious persons. Absent from the Bill is any infringement on the so-called rights of the holders of private property.

The libertarianism associated with neo-liberalism has limited the fight against COVID-19. Neo-liberalism and the consequent de-regulation of the labour market have dangerously exposed the whole population to the virus. Even at the height of this battle the Government has shown that it‚Äôs quite prepared to legislate for the 1% and against the interests of the 99%.