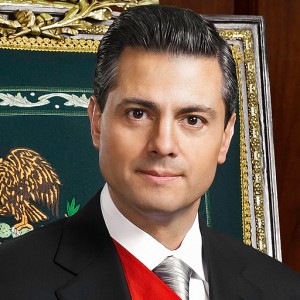 Sent in by Ben Davis of the United Steelworkers. originally published in Inside Trade.

Mexican President Enrique Pena Nieto has newly pledged to carry out labour rights reforms in two areas identified as critical by House Democrats and U.S. labour unions in the context of the Trans-Pacific Partnership (TPP) debate, but labour advocates are already questioning the extent to which the promised steps will really represent meaningful change.

On November 30th Pena Nieto’s government submitted legislation to the Mexican Senate that would ratify an International Labor Organization (ILO) convention banning the use of so-called ŌĆ£protection contracts.” These are contracts are negotiated by employer representatives, rather than elected union officials, and thus tend to favor management.

Shortly thereafter on December 4th, Pena Nieto himself gave a speech announcing plans to push for substantial reform of what are called conciliation and arbitration boards, or CABs, that govern labor disputes between workers and employers. Democrats like House Ways & Means Ranking Member Sander Levin (D-MI) as well as labor advocates say these boards are opaque, rife with corruption and dogged by delays in adjudicating disputes.

These are both areas that Levin and union representatives have said should be addressed in the context of Mexico’s participation in TPP. But labor sources told Inside U.S. Trade there are still too many outstanding questions to be able to judge whether the steps announced will bring about change for the Mexican workforce.

For example, with regard to the ILO convention — one of the organization’s ŌĆ£coreŌĆØ or fundamental conventions, known as Convention 98 — labor advocates say that what is needed to give meaning to its ratification are further legal steps to ensure that Mexican workers can actually bargain and negotiate freely with their employers.

Among the most important of these steps, according to Brian Finnegan of the AFL-CIO’s international programme, is that the Mexican government make it expressly illegal to register any collective bargaining agreement that has not been ratified by the workers who are party to it. Democratic unions are also hoping for constitutional reforms to the CABs, which adjudicate disputes over collective bargaining, among other issues.

“These phony labor agreements [protection contracts] are enforced by biased and corrupt government Labor Boards,ŌĆØ the AFL-CIO said in a December 3rd statement. ŌĆ£While ratification is important, it doesn’t provide the tools to ensure workers can exercise their rights in the workplace. That’s why the AFL-CIO and the democratic trade union movement in Mexico have called for Mexico to enact key reforms to its Constitution and laws.”

As for the CABs, Pena Nieto in his speech did not delve into specifics, and did not address whether he would push to reform the Mexican Constitution – which is what labor advocates say would be necessary in order to move these boards under the auspices of the judiciary branch and make them more transparent, accountable and fair.

“We are determined to carry out the changes to ensure that their operation is updated in accordance with the principles of legality, transparency, accountability, fairness, equity and efficiency. We are open to discussing and revising everything necessary to achieve this goal,ŌĆØ the president said in the speech, which was delivered to labor ministers from the Organization of American States.

He said he hopes Mexico’s Congress will adopt the reforms he has proposed to the CABs in a legislative session slated to be held between February 1st and April 30th, which would be well before any estimate for when the U.S. Congress will consider legislation to implement the TPP agreement.

The Mexican government has sought to divorce the issue of the labor reforms from TPP, but the AFL-CIO has argued that failure to press Mexico for wider overhauls prior to granting it benefits under the trade deal would mean the U.S. will have ŌĆ£lost key leverageŌĆØ to ensure Mexican workers can exercise their rights.

Mexico’s CABs currently follow a tripartite structure in which representatives from unions, the government and private industry each have an equal vote on a panel. This arrangement has been widely criticized by unions as yielding too much power to MexicoŌĆÖs executive branch, rather than the independent judiciary. Additionally, they claim, the worker representatives
too often speak for employer-dominated unions, rather than democratic ones.

However, the structure has been defended in the last month by Mexican Labor Secretary Alfonso Navarrete Prida, in a sign that the Pena Nieto government may not be willing to push for the kind of overhaul U.S. unions are demanding.

“We understand [the proposals] may not really be sufficient, legally, to do what needs to be done,” Finnegan said. “It will make some changes, but the fact is [the CABs are] so beyond repair that everyone tells us you need to eliminate and replace them with something else.”
┬Ā
Labour advocates directed similar criticisms toward the plan to ratify ILO Convention 98. Finnegan and another labor source noted that Pena Nieto made no commitments on how Mexico would implement or enforce the convention if it is ratified. The source pointed out, however, that the TPP labor chapter requires countries to enforce their own labor laws, meaning Mexico in theory could face a dispute settlement challenge if it fails to effectively enforce its commitments under ILO Convention 98.

TPP Article 19.5.1 states: ŌĆ£No Party shall fail to effectively enforce its labor laws through a sustained or recurring course of action or inaction in a manner affecting trade or investment between the parties after the date of entry into force of this Agreement.”

But it is still a question when and whether the Mexican Senate will even ratify the convention at all. While the Mexican legislature is controlled by Pena Nieto’s Institutional Revolutionary Party, the Coordinating Business Council (CCE), a Mexican business group, has expressed opposition to efforts to ratifying it.

“Current Mexican law already adequately and fundamentally protects the principle of the right to association and collective bargaining,” CCE’s president, Gerardo Gutierrez Candiani, said in a December 7th statement. He argued ratifying the convention would upset what he claimed is a ŌĆ£peaceŌĆØ between workers and employers that now exists in Mexico.

“Other countries’ experience in implementing this convention has been a constant source of complaints and extortions, including before the ILO,” Candiani added. The CCE statement also noted that the U.S. has not ratified Convention 98. The U.S. has only ratified two of the eight core ILO conventions.