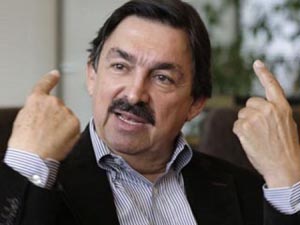 by Tony Burke, From the Morning Star

Canadian resident Napoleon Gomez was under threat of arrest if he left the country, having been on the list which requests the provisional detention of wanted persons with a view to extradition.

He was forced to leave his homeland after describing the deaths of miners at an incident in the Pasta de Conchos mine in 2006 as “industrial homicide,” which led to him being persecuted by an alliance of anti-union employers and the Mexican government.

Since then Mr Gomez has been forced to lead Los Mineros from exile in Vancouver.

The union, which is allied to United Steelworkers in the US and Canada and Unite in Britain, is the most powerful in Mexico and remains a target for union busting.

Following a lengthy internal investigation by Interpol, which included examination of the case lodged against Mr Gomez by the previous right-wing Pena Nieto party government of Mexico, the international wing of the authority overruled its Mexican branch.

Earlier this year a delegation from the British TUC met officials at the Mexican embassy to raise his case.

Mr Gomez said: “It’s terrible that international Interpol has found it necessary to make it clear that the Mexican authorities abused the international instrument of the red notice for political ends and unethical business interests.”

An account of the union’s fight by Mr Gomez called Collapse of Dignity is launched this week.