McDonald’s workers announce ‘biggest ever’ strike – how you can help! 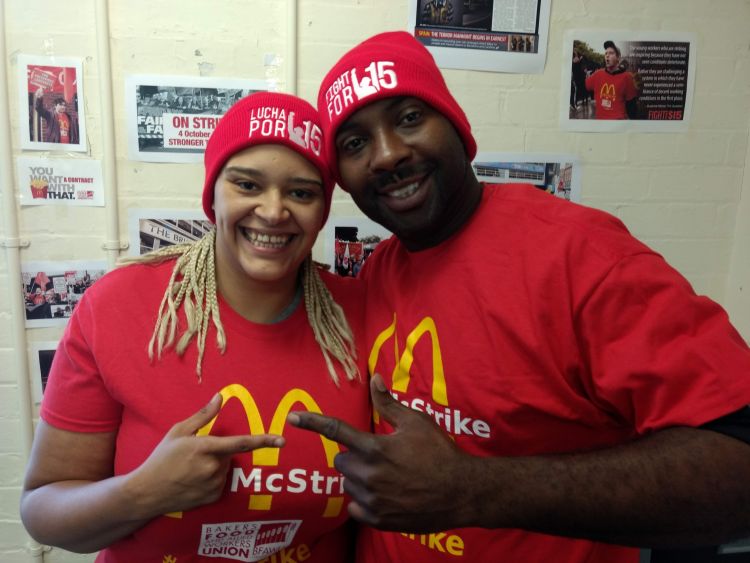 McDonald’s workers have warned bosses that they are planning to launch the biggest wave of fast food strikes the UK has ever seen.

It is reported that six London branches of McDonald’s had been given notice by members of the bakers’ union, BFAWU, of action beginning on Tuesday 12th November.

Workers will call for a Â£15 an hour wage, guaranteed hours and four-week’s notice of shift patterns, the right to be treated with respect by management, an end to the use of ‘youth rates’, and union recognition.

The strike is expected to close branches in Balham, Catford, Crayford, Deptford, Downham and Wandsworth and is being held as part of an international day of action by the International Union of Food Workers.

Fast food workers in New Zealand, Brazil, Chile and France are also expected to demonstrate on the day.

“I need Â£15 an hour so I can show my son that poverty is not the only option,” one worker, Melissa Evans, told the Morning Star.

“We are tired of being exploited, but together we are powerful. We will win a new deal for McDonald’s workers,” she explained.

McStrike Mass Video Call – how you can help.

Join journalist Owen Jones, War on Want and McDonald’s workers to hear the plan to win – and how you can be a part of it.

We need to show McDonald’s and the workers going on strike that our whole movement is behind them.

The video call will take place using a simple to use and free app/website called Zoom.

All you need is an internet connection and computer or smartphone to join.

Sign up here and you’ll be emailed the link!