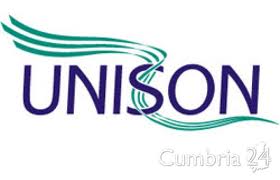 The decision of an employment tribunal to compensate over 150 workers up to 60 days’ pay after a local authority failed to provide UNISON sufficient information on agency workers during a collective redundancy and transfer of undertakings exercises shows the power of unions to secure justice for employees at risk of losing their jobs or working conditions.

A recent Employment Tribunal decision is one of the first to test new duties requiring employers to provide information on the agency workers they engage during transfers and collective redundancies.

The new requirements came in as part of the Agency Worker Regulations 2010 that have been in force from 1 October 2011. These regulations resulted in amendments to the Trade Union and Labour Relations (Consolidation) Act 1992 (s 188(4)(g) to (i)) and the Transfer of Undertakings (Protection of Employment) Regulations 2006 (r 13(2A)) and require that the details of agency workers engaged be provided in addition to information on employees during collective redundancy situations, collective bargaining situations or prior to a transfer of an undertaking.

In June last year, Unison challenged the London Borough of Barnet in relation to their failure to provide information on agency workers in line with the new requirements during two transfer of undertakings and one collective redundancy exercise that took place at the end of 2011 and the beginning of 2012 and were part of the authorityâ€™s â€˜One Barnetâ€™ transformation programme.

In the Tribunalâ€™s decision released this week, Employment Judge Manely found that Unisonâ€™s case was well founded. She found that some information on agency workers was provided to the union but: “In our view, it is not sufficient given the rather complex nature of Barnetâ€™s business…”. The Tribunal also found that there was a complete failure of Barnet to provide information on the type of work that agency workers were carrying out. She considered that the failure to provide the required information was “relatively serious” and also an “important failure”.

The amounts awarded in this case are significant and illustrate that failing to comply with the law in this area is not a trivial matter. This is a significant decision for all unions and workers because the timely provision of accurate agency worker information may help avoid unnecessary redundancies or transfers in the future.