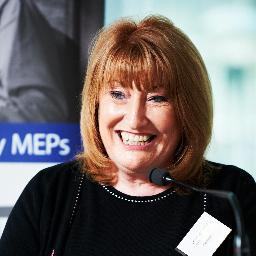 Across the European Union it will be illegal to blacklist workers or discriminate against them on the grounds of trade union membership or trade union activities, after Labour MEPs voted for key data protection legislation on March 12th.

The move comes after it was revealed that thousands of construction workers, members of Unite, Ucatt and GMB had been placed on an industry blacklist due to their involvement and activities with trade unions and campaigning for better health and safety.

Glenis Willmott MEP, Labour’s Leader in the European Parliament, said:Â “The practice of blacklisting workers in the UK has been operating for decades and saw thousands of construction workers barred from employment on account of their trade union activity, many just for raising legitimate health and safety concerns.

“Now the law is absolutely clear that using information on employees’ political beliefs or trade union membership to blacklist them is illegal, and that Member States must adopt appropriate sanctions to enforce this.”

The blacklisting scandal first came to light in 2009, when a raid on the Consulting Association uncovered a database containing information on workers who were known to be trade union activists.

“The amendment adopted states it is against the law to use this information to create or share a blacklist to help vet potential employees.

“We’ve always known that blacklisting is illegal and I’ve been campaigning on the issue for several years, yet so far none of the companies involved has faced justice.”