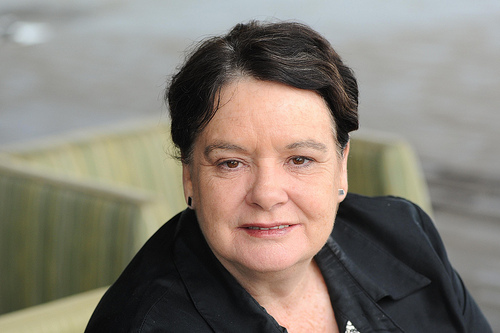 The International Trade Union Congress has called for negotiations on a new trade agreement between the USA and nine Pacific Rim countries to be brought to a halt.

In a statement issued by Sharan Burrow, the General Secretary of the ITUC the ITUC said in consultation with trade union centres from TPP (Trans-Pacifice Partnership) countries called for negotiations to stop and seek for a new mandate that puts people and the planet first.

The ITUC said: ‚ÄúAlthough it seems that a labour chapter with a certain degree of enforceability will be part of the TPP, if TPP is ever agreed, we felt that this would not be enough to endorse the TPP. Indeed, the TPP establishes an ISDS, stricter IP protection, (de)regulatory coherence and other concerns explained below in our release and the letter. Besides, the labour chapter (as it stands now on the negotiation table) does not cover all core labour standards and sub-national labour law is not within the scope of the agreement. More to this, practical experience has shown that governments have been reluctant to use labour chapters. This is not to say that we do not support the labour chapter, but that TPP‚Äôs and any other future trade agreement‚Äôs impact on workers need to be considered as a whole‚Äù.

Together with the ITUC, the national trade union centres that support this call are: Australia, ACTU; Canada, CSN and CSD; Japan, JTUC-RENGO; Mexico, UNT; New Zealand, NZCTU; Peru, CUT and CATP; United States, AFL-CIO. Some of these trade unions, as well as the unions of Chile (CUT-Chile) and Malaysia (MTUC) had asked for the negotiations to stop at an earlier stage.

¬ÝThe ITUC has called on governments to stop negotiations on the ‚ÄúTrans-Pacific Partnership‚Äù agreement, criticising the secrecy and corporate bias in the current negotiations.

Sharan Burrow, ITUC General Secretary, said: ‚ÄúThis secretive trade deal is good for some multinational corporations, but deeply damaging to ordinary people and the very role of governments.¬Ý Corporate interests are at the negotiating table, but national parliaments and other democratic actors are being kept in the dark.¬Ý What we do know, much of it through leaks, is that this proposed deal is not about ensuring better livelihoods for people, but about giving multinational companies a big boost to profits.¬Ý Governments should shut down the negotiations, and not re-open them unless they get genuine and transparent public mandates at home that put people‚Äôs interest in the centre.‚Äù

¬ÝThe current TPP proposals include provisions which would:

Proposals for protection of workers‚Äô rights have met with heavy resistance from some countries, and appear to not cover all ILO Conventions that establish Fundamental Rights at Work or subnational (state and province) labour legislation.¬Ý The proposals also contain no enforcement for environmental provisions, and fail to address the need for action to mitigate climate change.

‚ÄúA fair and open global trading system is essential to prosperity, but this proposed TPP is nothing of the sort.¬Ý Global and regional trade needs to create jobs and prosperity for the many, not just provide welfare for corporations and transfer more power from the parliaments to the boardroom,‚Äù said Burrow.

¬ÝNational trade union centres in the countries negotiating the TPP are today formally calling on their governments to stop the negotiations, and to seek a proper negotiation mandate if they are to engage in the negotiations again.

We regret that the negotiations for the Trans-Pacific Partnership (TPP) agreement continue to be conducted on flawed premises and under intense secrecy.

We previously warned that the tabled proposals are unlikely to lead to a more stable, equal and secure global economy based on decent work and asked for a fundamental redirection of the negotiations. The trade union movement has repeatedly advocated for a balanced agreement that serves all of your constituents‚Äô interests, and not simply those of corporations. However, we note that as of today:

Further, it is worrisome that there has been no comprehensive and independent economic, social and sustainability impact assessment for all negotiating countries before or during the negotiations. The few economic assessments have been inadequate in their breadth and problematic in their methodology and assumptions.

This means that the negotiators are not informed of the agreement‚Äôs repercussions for workers, consumers, small and medium enterprises, the environment, national health budgets and democratic political systems, among others. In this light, the exclusion of parliaments, unions, and civil society organisations from meaningful participation in the process is wholly unacceptable.

As all substantive trade union concerns have been blatantly ignored, the trade unions centres in countries that are negotiating the TPP agreement demand that negotiations stopped until a new negotiating mandate and a transparent process is established.

We will be pleased to discuss these concerns regarding the Trans-Pacific Partnership Agreement at your convenience.