In Defence Of Protest 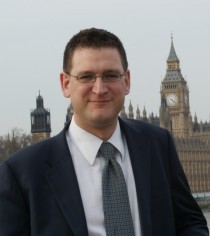 The brutal display of employer power during the Grangemouth Oil Refinery dispute has been pretty shocking. A workforce that sought to protect their union representative from employer victimisation was first locked out, and then threatened with the complete closure of the refinery unless they accepted reductions in their pay, pensions, and the virtual destruction of their union in the workplace.

Faced with the annihilation of their entire livelihoods, it is unsurprising that the workforce capitulated and accepted their employerâ€™s demands. The dispute raises serious questions about the nature of economic power in our country; how can a billionaire tax exile wield such power over the lives of thousands of workers in Britain? How can we allow such a vital piece of our national infrastructure to be at the whims of a single private individual?

But the sting in the tail of the whole affair is the announcement by the Conservative-led coalition (despite some ineffectual mutterings from the Liberal Democrats) of an inquiry into allegations of industrial intimidation by the trade union. Sorry? Who was being intimidated? The company intent on shattering the union, or the workforce faced with the loss of their jobs and livelihood?

This revolves around the perfectly legitimate work of the Unite leverage team, who look for innovative ways to put pressure on those companies who are locked in dispute with their workers. Their role is to put pressure onto a company through their suppliers, shareholders, their competitors, and their community. Itâ€™s a novel means of protecting and defending memberâ€™s interests, supplementing existing (and heavily regulated) avenues of industrial action with the right to lawful, peaceful, and public protest. At Grangemouth, the leverage team held a silent vigil â€“ with a giant inflatable rat â€“ outside the homes of senior managers.

The inquiry appears to be based on hearsay evidence by one (unnamed) Ineos manager. It is to be chaired by Bruce Carr QC, a notorious employment lawyer who specialises in preventing industrial action through court injunctions.Â  He comes from Devereux chambers, where his colleagues offers substantial legal services on tax, including “offer(ing) advice on the evidential implications where a taxpayer (corporate or individual) has made arrangements to mitigate tax liability”.

To you and me, thatâ€™s someone who helps companies and the super-rich ensure they stay within the law when they seek to avoid paying tax.

It says something about the Governmentâ€™s priorities when they are more interested in silencing legitimate protest than closing the tax loopholes that this lawyerâ€™s colleagues seek to exploit.

Perhaps the most worrying element about all of this is what it means for our right to peaceful protest. Are trade unions to be denied a public voice entirely? What will this mean for other groups in our society who seek to campaign against corporate interests? Could Vodafone claim industrial intimidation when people protest at their stores over tax avoidance, would Costain have claimed industrial intimidation when faced with roads protests, would the anti-apartheid movement have been silenced when it targeted South African firms?

I would like to say that all of this is simply scaremongering, but we have all seen how counter-terrorism powers were abused. The attempts by the Coalition to silence trade unions are a threat to the civil liberties of all.