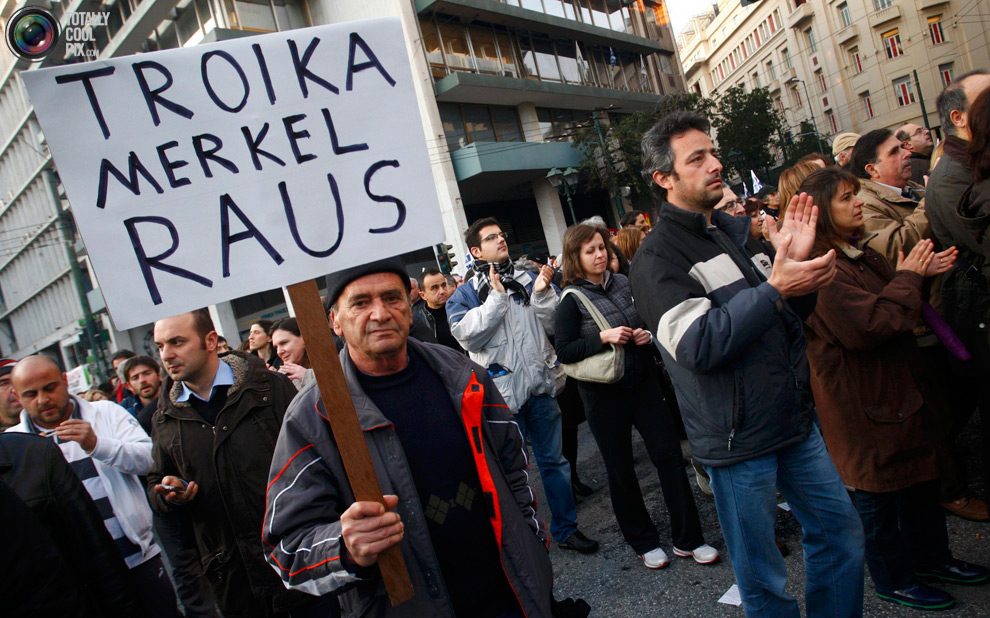 Government, worker and employer representatives from Greece have agreed to undertake talks on labour issues in the country during a high-level meeting held at the International Labour Organization (ILO).

Click here to read the conclusions of the meeting.

â€śThis agreement is a very positive step in getting women and men in Greece back to work.â€ť

Greece has the highest jobless rate in the European Union â€“ at 27 per cent â€“ with 1.3 million people out of work, according to latest figures published by the EUâ€™s statistical agency, Eurostat.

He also sought a dialogue with labour unions and employersâ€™ associations for proposed changes to Greek laws governing trade unions facilitated by the ILO.

The meeting comes amid the fifth, and possibly final, review of Greeceâ€™s economic reform progress by troika auditors consisting of the European Commission, the European Central Bank and the International Monetary Fund.Â (aka ‘The Trokia’)

In exchange for multi-billion euro emergency financing, Greece has been implementing an austerity and economic reform programme since 2010.

Greece expects its economy to expand by 0.6 per cent this year in the first growth since 2007.

The government also forecasts expansion of 2.9 per cent next year and 3.7 per cent in 2016.