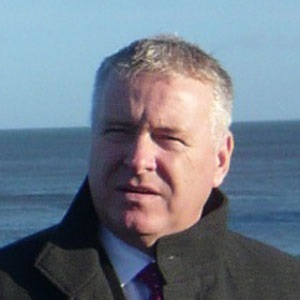 ¬ÝLet me be clear, this ‚Äúreform‚Äù agenda is nothing but a thinly veiled attack on working people. The constant assertion of the Conservative Party to be on the side of workers – like the claim made in the Queen‚Äôs Speech that they would introduce measures to ‚Äúhelp working people get on‚Äù – is a case of them protesting too much.¬Ý

The reality is we only need to take one look at the specifics of the Tory programme to see that they do not have the interests of working people at heart at all.Take their plans concerning strike ballots, which involve raising the voting threshold to 50% with the decision in favour of taking strike action needing to be passed by 40% of those eligible to vote for it to go ahead. As strike ballots have to be conducted by post, the aim should be making it easier for people to engage in workplace democracy – for example by modernising balloting by introducing online voting – as opposed to adding more rules, regulation and bureaucracy to the process.

Instead of promoting greater participation in workplaces in a bid to amplify the voices of valuable workers in key areas like transport, healthcare and teaching professions, the Tories have chosen to try to further silence our already marginalised public sector workers – something which is hardly surprising given their record in the last Parliament of subjecting them to five years of government-imposed pay cuts. And if that wasn’t depressing enough this means that workers will need a level of support to take industrial action that 274 out of the 330 Tory MPs elected in May failed to secure from their electorates – showing not only a lack of compassion from the Conservative Party but also an attitude of total hypocrisy.

And the threats to our rights at work do not stop there as there is the very real possibility that the focus of additional Tory plans to end the so-called intimidation of workers who choose not to go on strike could actually be to criminalise those hardworking people who have chosen to take industrial action. Let us not forget that striking is a human right and any infringement of a worker‚Äôs ability to withdraw their labour only serves to stack the already skewed balance of power in the workplace even more heavily in the employer‚Äôs favour. In the current climate of zero hours, low pay and in-work poverty, the last thing workers need is for more of their freedoms to be chipped away as it will leave them in a weaker, more vulnerable position, with fewer protections and therefore open to exploitation.

The Tories have even announced new plans, which were not discussed in the run-up to the election, to change the way trade unions conduct their political levy ballots – so that members have to actively opt-in to contribute rather than a proportion of their subscription being automatically allocated to this fund. This is yet another direct attempt to silence the political voices of working people who already feel increasingly removed from those in the political arena who respond to greater inequality in our country by giving millionaires a tax cut while increasing numbers are forced to rely on food banks simply to make ends meet.

And let‚Äôs face it when put in these terms who can blame them?

But we must not be disillusioned. We must stand shoulder to shoulder as we lead the fightback.

It is true that the plans I have outlined here are just the tip of the iceberg. We are looking at the greatest assault on workers‚Äô rights since the Thatcher era but the Trade Union Group of MPs will do everything in our power to challenge this in Parliament.

We owe it to our constituents, to ordinary working people across the country and to ourselves as committed trade unionists to give a democratic voice to the very people that the Tories are trying to silence. We are in for a long fight but one that me and my colleagues refuse to shy away from.

Trade unionists fought hard to secure the employment rights we enjoy today and now it is our turn to fight to defend them. We hope that you will take a stand too and join us in this fight.

Through the Queen‚Äôs Speech, our worst fears were confirmed as the Tory plans to ‚Äúreform trade unions‚Äù were shown to be one of the top priorities of this new Tory government.