Hands off our Unions, defend our right to resist austerity 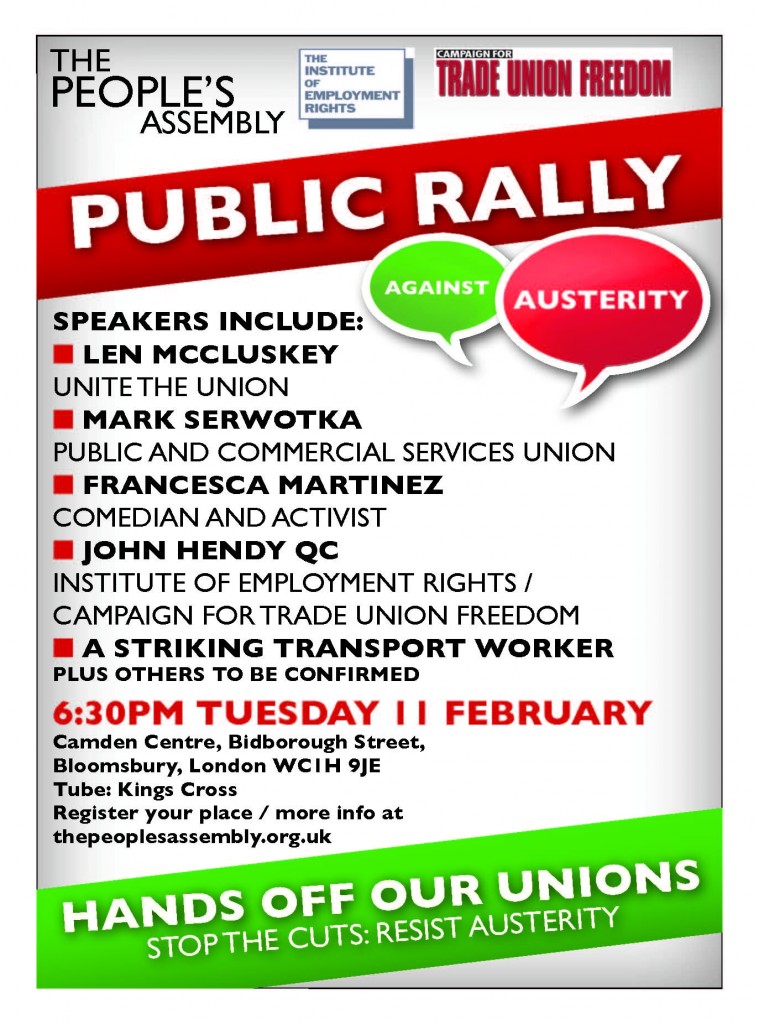 Public Rally organised by the People’s Assembly, Institute of Employment Rights and the Campaign for Trade Union Freedomâ€¨â€¨.Â This is a free event, but we expect a large attendance so pleaseÂ register your place here

The governmentâ€™s announcement of an inquiry into trade union tactics is further proof of its determination to undermine the right to protest against its austerity programme.â€¨Â As millions of people face falling real wages, unemployment, part time or casualised low paid work, and the rapid destruction or privatisation of the welfare state they stand in need of trade union organisation and the right to protest more than ever.

We pledge ourselves to resist this attack. The right to protest is a fundamental civil liberty. The right to join an effective trade union is the product of generations of working class resistance.Â We have no intention of relinquishing it to a Government with no interests in the needs of working people.