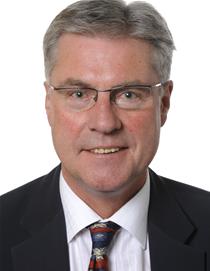 Social and Democratic MEPs have rejected a mandate to open negotiations with the EU Council on the enforcement of an important piece of EU law – because it failed to ensure better protections for workers posted to work in another EU member state. The vote took place in the Parliament’s employment and social affairs committee.

Stephen Hughes MEP S&D vice-president and negotiator said:¬Ý“This new law was meant to strengthen the rights of posted workers and to avoid social dumping and unfair competition. The current situation is not satisfactory as these rights have been undermined by the original EU law in 1996 and several EU court rulings since. That is why we wanted to rebalance this by ensuring clear definitions and principles, but in the end it failed because of the opposition we faced.¬Ý

“We have achieved some results on the liability of sub-contractors and national control measures.¬ÝBut the Conservatives and the Greens voted against trade union rights and the ‘Nordic model’ of social dialogue. In the end, we face the risk of gross exploitation of workers who are sent to work in another EU member state. The door to abuses and avoidance is still wide open for unscrupulous employers.”

¬ÝAlejandro Cercas,¬ÝS&D spokesman for employment and social affairs added: “The right-wing has allied with the Greens ¬Ý– and they do not want to end social dumping.¬ÝWe have tried to ensure that the legal rights of workers posted abroad are clearly defined and protected but the final text is full of loopholes and was not acceptable for us.¬ÝOn the definition of posted workers and clear legal consequences the right and the Greens refused to go far enough.

“The starting point of the negotiation with Council and Commission is weakened by this alliance between the Conservatives, the extreme right and the Greens.¬ÝThrough their lobbying, European business and some member states are now very happy with the outcome:¬Ý a two-speed labour market. This is a sad day for millions of workers and the trade unions.”