Government is using the state as a union buster 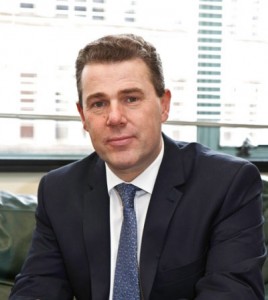 This government has launched an ideological attack on a TUC-affiliated union. This union busting has so far gone unnoticed by much of the media, after all itâ€™s not happening during a long national dispute or general strike. Itâ€™s behind the scenes, but its aim is to silence a prominent critic of austerity: PCS.

For decades the way in which civil service workers paid their union subs has been through automatic deduction from their pay packet. This scheme, known as check-off, survived unscathed from 18 years of Thatcher and Major, and 13 years of Blair and Brown.

But now, directed by Cabinet Office minister Francis Maude, government departments and agencies have given us minimal notice that they will redraw the scheme. They say this is to save money â€“ and why should the government subsidize a trade unionâ€™s membership collection? Many large businesses operate a similar scheme too, it costs little to administer and we offered to pay it. They refused.

They refused because this seemingly small technical change is an ideological attack, an attempt to break our union financially and weaken us industrially.

It means that we have to re-sign up three-quarters of our membership â€“ over 150,000 people. They clearly thought this would break us â€“ as it might a lesser union â€“ but our reps and members have risen to the challenge. In just a few months we have signed up 73% of our membership in the Home Office â€“ one of the first departments to announce it would end the scheme. But even that remarkable sign-up rate â€“ one that no union has ever been asked to or managed to deliver â€“ means we will lose thousands of members and thousands of pounds in revenue.

Over the coming months, more and more departments â€“ from the DWP to HMRC â€“ will withdraw check-off in an attempt to break our union. This has been accompanied by a document leaked to us from one department which showed senior management planning to â€śmarginalise PCSâ€ť, slash the facility time of key reps, and support the setting up of a compliant staff association.

This is union-busting pure and simple, and fits with a pattern we have encountered in other civil service departments. And of course it fits with the Toriesâ€™ recent announcements about new balloting rules to limit democratic strike action. Being targeted is in some ways a badge of honour; we have been one of the leading voices communicating an alternative to austerity, and played a major role within the TUC in building co-ordinated action across the public sector â€“ unafraid to take on Tory leaders in the media.

Their attack wonâ€™t silence or beat us. We have had to take some tough decisions, and have re-structured our union to respond to the immediate mammoth organising task and to cope with the financial fall-out.

PCS will survive, but we are asking for your help. We want everyone to email their MP to tell them to support our campaign and to urge Cameron and Maude to retain check-off. In your trades council, let local PCS colleagues know you are ready to help them in whatever way they need. If you have contacts with the Labour front bench, contact them to pledge to restore check-off if they win in May.

We are under attack for standing up to this government and its austerity programme, but with your support and solidarity we can come through this period stronger. A weaker PCS means a weaker trade union movement â€“ so I hope together we can resist this attack, resist austerity and kick out this union-busting government.

For more on how you can help the PCS campaign against union-busting click here.