GMB: One Rule For The Tory Slush Fund And Hedge Funds And Another For Union Members 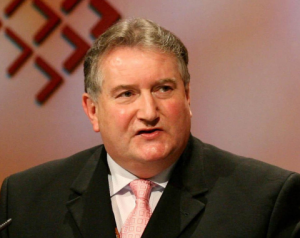 State funding a step nearer as elite and companies having unfettered and unlimited rights to fund the Tory Party while shackling bodies funding political opposition to them is not sustainable says GMB.

It’s one rule for the Tory slush fund, hedge funds and another for trade union members.

This will not deter or silence the voices of millions of working people who already give their approval for political funds through democratic ballots governed by statute.

It will bring state funding for political parties a step nearer. It is not sustainable to allow the elite and companies unfettered and unlimited rights to fund the Tory Party while shackling the bodies that have funded the political opposition to them for more than a century.

As for strike ballots, these proposed rules will run the risk of an increase in unofficial stoppages.

This Queen’s Speech gives no hope for the millions on zero hours contracts or those struggling to get by on low pay. It is just more dogma from the Tory class warriors representing the rich and powerful.â€ť