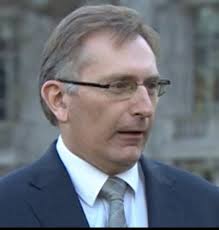 GMB branded government calls for councils to save money by reducing trade union facility time an “attack on ordinary people.”

Communities and Local Government Secretary Eric Pickles said the amount of time council employees can spend on trade union duties should be “significantly scaled back.”

He said staff should not be spending all or the majority of their working hours on trade union duties, adding that time off for trade union activities should be unpaid.

New guidance for councils states that restrictions should be placed on the use of office facilities for trade union representatives.

It adds that political material, or material which incites industrial action, should not be produced or distributed on taxpayer-funded equipment, and that councils should charge for collecting union subscriptions, or end the practice.

Mr Pickles said: “I believe that trade unions continue to play an important and constructive role in the modern workplace. But for too long in the public sector, trade unions have received taxpayer funding that is poor value for money and inadequately controlled.

“Reducing such public subsidies to trade unions is a practical way that councils can save money, to keep council tax down and protect front-line services for local residents.”

“It is disgraceful that he is attacking ordinary working people, most of whom are women, who have volunteered to represent their colleagues at work.”

by Paddy McGuffin, From the Morning Star, March 2nd