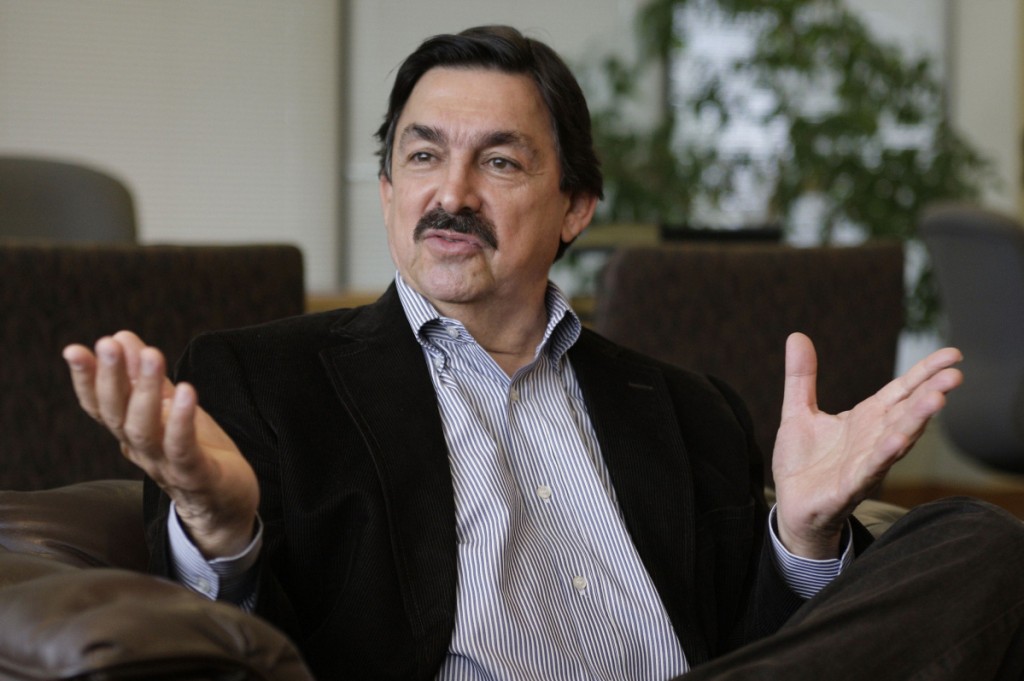 By Napoleon Gomez, President of the Los Minero’s Union, Mexico

As a proud citizen of Mexico, I find Donald Trump’s comments about Mexican immigrants racist and offensive.

But as a trade union leader who has spent a lot of time in the United States, I understand how Trump’s arguments resonate with industrial workers.

American manufacturing has been devastated by so-called “free trade” agreements, by illegally-subsidized Chinese steel and tires dumped into the U.S. market, and by countries deliberately manipulating their currency values to underprice their exports.

Steel and auto workers who once made a decent living can no longer do so. Even worse, America’s young people are paid less than their parents earned. And the government has done little to help them.

This, however, is not the fault of the desperate Mexicans who Donald Trump maligned.

The Mexican government is committed to keeping wages low. Mexican laws allow companies to sign contracts with phony unions to prevent their workers from properly organizing to secure higher wages. The dirty deals between phony unions and corporations are known as “protection contracts” because they protect the company in its mission to underpay workers. Corrupt labor boards buttress this system.

The few democratic unions like the one I lead — the National Union of Mine, Metal and Steelworkers — have been viciously attacked. Our members have been killed, jailed and harassed. I had to leave Mexico because my family was threatened.

Twenty years after the North American Free Trade Agreement (NAFTA) was signed, manufacturing workers in Mexico make less than one-fifth what U.S. workers do. That discrepancy spurs some Mexicans to go north to seek better opportunities in the United States.

Corporations do the opposite. The low wages in Mexico lure corporations to move factories south. Just this month, Ford announced it would transfer production of two car lines out of Michigan, probably to Mexico — just as contract talks between the United Auto Workers and American automakers were scheduled to begin. Ford said it won’t shutter the Michigan plant, but just the threat of closing enables corporations to extract concessions from workers.

Let’s be clear — the overwhelming majority of my fellow Mexicans are decent, hardworking people who are trying to support their families. They have far more in common with American workers than either of us does with a billionaire like Trump.

Together, American and Mexican workers must reject racist, inflammatory and divisive rhetoric from any quarter. Destructive stereotypes only weaken the position of all workers as they seek better lives.

Together we also must take a common position against China and other countries that are dumping illegally-subsidized steel and other products into both the United States and Mexico at the cost of tens of thousands of jobs.

Most important, we must stand together to demand that Mexico reform its corrupt labor boards and change its laws to allow workers to organize and increase their wages -before it gets more access to U.S. markets under the proposed Trans-Pacific Partnership (TPP) trade deal.

This is not a fantasy. In the past 10 years, my union has doubled the take-home wages of our members, despite massive attacks. Our members have a shot at joining the middle class. Their kids will do even better.

That means they won’t be migrating to the U.S.

They will be buying products made by American as well as Mexican workers.

And while our members will still compete with U.S. workers, it will be a fairer competition based on our skills and productivity, not artificially low wages.

If this could happen across Mexico, it would take a lot of the pressure off American workers, and Mexican workers would be significantly better off.

There are signs that it could be accomplished. In March, tens of thousands of Mexican farm workers who harvest fresh produce for the U.S. market went on strike and won promises of higher wages, social security benefits and overtime pay.

If we allow fear and hatred to divide us, we will continue racing against each other to the bottom. But if we stand up and fight back together — against bigotry and racism and for higher wages and better opportunities for our children — I believe we will all see a better future together.