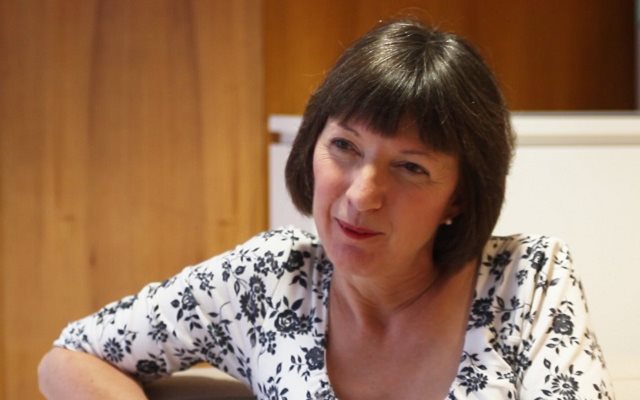 Frances O’Grady General Secretary of the TUC in an eve of Congress interview said moves by the Tory lead Government to require higher strike ballot turnouts and to restrict picketing were desperate¬Ýand¬Ýshe accused the government of being out of touch over the issue of public sector pay.

Her comments come ahead of the 146th Trades Union Congress, which starts on Sunday¬Ýin Liverpool.

The Tory¬ÝParty has pledged to introduce a 50% turnout requirement in strike ballots. It also wants a limit on how long a strike mandate can last and they also phase lans to put a code of practice on picketing on a legal footing.

But the TUC general secretary said in an interview with the BBC described that as a “desperate attempt to attack union rights”.

“There are clearly people working on detailed proposals that we won’t see until the manifestos are published,” she said.

“But I think anyone who cares about civil liberties ought to be jumping up and down now about what they are planning.”

O’Grady accused the Tories of seeking to introduce thresholds that would not apply to any other democratic election in the UK.

With some unions calling for electronic balloting, she said that the government should be making it easier for people to vote right across society.

Hundreds of thousands of health workers across the NHS are currently being balloted over industrial action.

It could lead to the first NHS strike over pay since the 1980s.

Union outside of the TUC with no history of disputes are taking part.

“I never thought I would see the day when midwives would be balloting for strike action,” said Ms O’Grady.

“My expectation is that unless the government comes to the table, we’ll see a mix of industrial action and protests,” she says.

The TUC is organising a major march to highlight pay in London on Saturday 18 October.

On Labour’s emerging policy agenda, the TUC boss said that there was growing confidence in union circles.

She cited Labour’s commitment to raise the minimum wage and its plans to build hundreds of thousands of new homes.

Labour has also promised to crack down on the abuse of zero-hours contracts and to repeal the Health and Social Care Act, which unions say has opened up the NHS to privatisation.

Labour leader Ed Miliband is expected in Liverpool on Monday night, when he will speak at the TUC’s General Council dinner.

The following day, Mark Carney is set to become just the second Governor of the Bank of England to address the TUC.