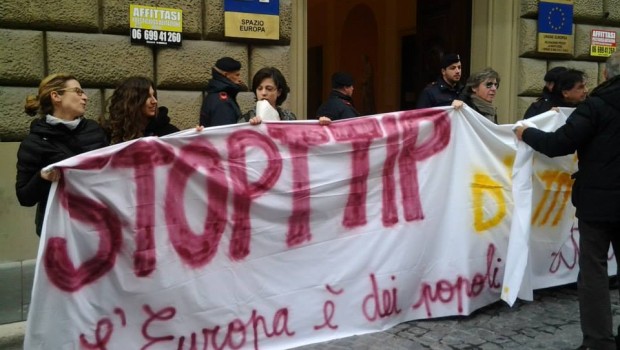 Matthias Fekl, France’s Secretary of State for Foreign Trade,Â has saidÂ that France will not support the inclusion of the Investor State Dispute Settlement mechanism (ISDS) in a potential TTIP agreement. The ISDS is a point of heated debate between the EU and the United States.

Europeâ€™s fears over the Transatlantic Trade and Investment Partnership (TTIP) are not abating, while America is beginning to show signs of impatience. Europe and the United States have reached a standoff in the TTIP negotiations, over the question of the Investor State Dispute Settlement. This mechanism could give companies the opportunity to take legal action against a state whose legislation has a negative impact on their economic activity.

“France did not want the ISDS to be included in the negotiation mandate,” Matthias Fekl told the French Senate.

“We have to preserve the right of the state to set and apply its own standards, to maintain the impartiality of the justice system and to allow the people of France, and the world, to assert their values,” he added. German opposition to the ISDS mechanism is also very strong.

The German Minister for Economic Affairs has often expressed his support for the trade deal with the United States, on the condition that it does not include the ISDS. The disagreement over the ISDS has caused negotiations to stall. “The year 2014 did not see any great advances in the transatlantic agreement,” Fekl said during a speech to the French Senate.

In Brussels, the EU’s position on the Investor State Dispute Settlement mechanism became clear after the appointment of the new team of EU Commissioners. In his speech to the European Parliament on 22nd October, the new Commission President Jean-Claude Juncker said he would not accept any external limitations being placed on the member states’ ability to settle their own industrial disputes.

“Our message to the people of Europe is not to remove it from the table, but to conclude the discussion process and to improve it,” he said.

“Removing the ISDS from the negotiations would give off a very bad signal. It would clear the way for the removal of other chapters of the negotiations,” he added. The American negotiators are beginning to show frustration at the demonisation of these arbitration tribunals.

“Investor State Dispute Settlements have never been, and will not be, a way for businesses to challenge legislation they do not agree with,” an American negotiator said in Paris. Â

The next cycle of negotiations is due to take place in December.

The European Commission’s mandate for the TTIP negotiations was set by the member states, and the American negotiators will have to satisfy not only the Commission, but also the national parliaments of the EU if an agreement is to be reached.

In France, Matthias Fekl reminded the Senate that the Transatlantic Trade and Investment Partnership was “a mixed agreement”. “It is the parliamentarians who will have the last word when the agreement is finalised,â€ť he said, adding â€śI don’t think will be any time soon”.