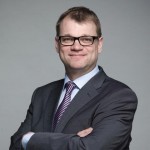 Sent to us by Matti Koskinen of Ammattiliitto Pro Union

The right-wing Government of Prime Minister¬†Sipil√§¬†announced it will introduce new legislation that sets the maximum limits of what can be agreed collectively in certain cases.

The new Finnish government intends to shorten annual leave, eliminate two bank holidays, make the first day of sick leave unpaid and cut extra pay for working overtime and on Sundays. Naturally enough, the trade unions disapprove strongly and also stress that the Government is interfering dangerously with the right of labour market organisations to make their own agreements.

The right-wing Government of Prime Minister¬†Sipil√§¬†announced it will introduce new legislation that sets the maximum limits of what can be agreed collectively in certain cases. This goes against the accepted norms of collective agreements, which up until now, allowed for legislation to set minimum limits for what can be agreed upon, not maximum.Existing labour legislation is designed to protect the weaker party, employees.

Now the Government wants to turn this upside down and protect the interests of employers.The Government‚Äôs idea of limiting the right of labour market organisations to make their own agreements is unique both nationally and internationally.

The trade union movement is dismayed but not rendered speechless. ‚ÄĚThis is an exceptionally hard blow against Finnish society which has for a long time been based on consensus. This strikes at the very heart of freedom of agreement‚ÄĚ, says¬†Jarkko Eloranta, Chairperson of the Trade Union for the Public and Welfare Sectors JHL.Low-paid women are the most affected,

‚ÄĚThe list (of measures) of PM Sipil√§ is worse than anyone could expect‚ÄĚ, says Pertti Porokari, Chairperson of the Union of Professional Engineers in Finland IL.

‚ÄĚThe Government is not only scrapping the generally binding nature of collective agreements, but also the longstanding culture and tradition of consensus in the labour market. This doesn‚Äôt bode well for the future.‚ÄĚ

“The cuts in week-end and night work extra pay will have a major effect on mainly female low paid workers.¬†Rauno Vesivalo, chairperson of Tehy – The Union of Health and Social Care Professionals in Finland say the planned measures are an attack on gender equality.‚ÄĚ

“It will be a major injustice if a significant transfer of income to private companies will be financed from the purse of low-paid women in the public sector.‚ÄĚ

It would mean a cut of 4 – 6 per cent in income for those working in service branches. These workers are typically low-paid, part time women, who are already finding it difficult to make ends meet.

Unions now thinking about their next moveThe Government plans to pass a law that annual leave cannot exceed 30 working days. This would mean in effect a one week shorter annual leave especially in the public sector. The two scrapped bank holidays would be free but unpaid.Extra pay for working on Sunday would be limited to 75 per cent, down from 100 per cent. Overtime pay would be reduced to half, from 50 per cent to 25 per cent.

Sick leave up until now has been paid from the first day. The new law would make the first day of any sick leave unpaid and lower the payment for the following days. But to stay home to take care of a sick child would still be compensated with full salary.Another planned handshake for private-sector employers is to lower their social insurance contributions by 1.72 percentage points.

These changes are expected to come into effect from the beginning of 2017.Trade union confederations are now concentrating on how to react to these plans.

The Chairperson of the Finnish Police Federation,¬†Yrj√∂ Suhonen¬†was the first to say his union is considering strike action. The cut in Sunday work pay will hit police especially hard as they work ‚ÄĚ24/7, all year round‚ÄĚ.

All three trade union confederations organise a joint demonstration against the Government plans on Friday 18th September in Helsinki.