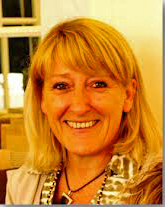 Carolyn Jones, Director of the Institute of Employment Rights.

In the closing decades of the 20th century, workers in Britain and their trade unions faced a recurring onslaught against their employment rights and trade union freedoms.

To achieve her aims she needed to disarm the only force able to resist such draconian measures – the trade union movement. In a systematic, step by step programme of legislative changes Thatcher shackled the unions with ballots, injunctions, internal elections, restrictions on strike action, banning of solidarity action and the decentralisation of collective bargaining from national to enterprise level.

The result was devastating and debilitating and continues to impact on how unions operate. The numbers of people covered by a collective agreement negotiated by a trade union has fallen from 82% in 1980 to around 28% today. A major consequence of that drop has been an ever widening increase in inequality. Hardly surprising. Even today, workers who have their terms and conditions negotiated via a trade union receive around 16% more than unrepresented workers. Remove that influence and inequality grows.

Today we are suffering from Thatcher mark two. Just like the 1980’s itâ€™s hard to keep up with the anti trade union policies, proposals and pig-headed prejudices spouted on a daily basis by the arrogant posh boys currently in power. Limits on employment rights, attacks on trade union freedoms, restrictions on access to justice, fundamental weakening of enforcement mechanisms and regressive steps in equality legislation â€“ all expose the classÂ  nature of the Coalition’s programme.

But this time we have to be ready and prepared to resist. We have to ensure we join up the dots of the daily dose of anti trade union, anti working class agenda so that workers can see the big picture and gain the confidence to fight back.

That is why the CampaignÂ  for Trade Union Freedom is so timely and so important. The Campaign is a merger between the United Campaign for the Repeal of Anti Trade Union Laws and the Liaison Committee for the Defence of Trade Unions – two organisation with proud and progressive histories. The merger creates “one voice” and offers a forum where we can truly and proudly declare we are all in this together.

The role of the Campaign will not simply be to expose the class based nature of the problem. That’s only part of the job. More importantly will be its work in creating and popularising collective resistance, offering those in struggle a voice and support mechanisms and continually highlighting the fact that another world is possible. We hope activists will join the Campaign and work with us to win free unions, who can play their role in battling for fair rights and decent pay.