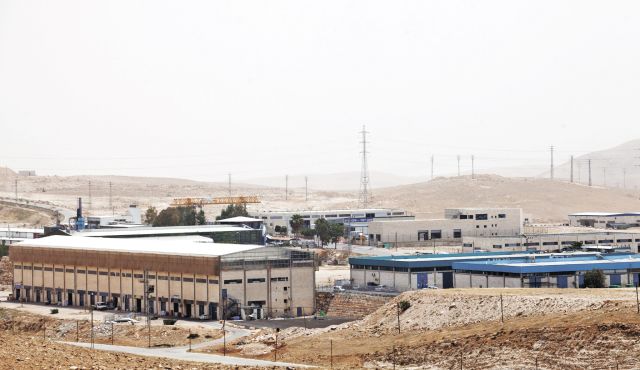 This July 23rdÂ at 11:00 am, factory owners from Mishor Adumim (the industrial zone of the West Bank settlement, Maâ€™ale Adumim) approached striking workers on the picket line at Zarfaty Garage, demanding they leave immediately or be subject to violence. They made it clear to the workers that they will gather many Jewish factory owners to attack the picket of the Palestinian workers in case the workers stay there.

The workers of Zrafaty Garage who are all members of the independent trade union center WAC-MAAN, started their legal strike on July 22nd and staged a picket line in the front of the garage as all workers in Israel do in such cases. They and the union made it clear they do not plan to backup in front of these threats.

The union called the police of Maâ€™ale Adumim to stop this violent threat but instead of filing a case against those who threatened to use violence it decided to detain WAC-MAAN Coordinator Yoav Tamir, charging him with â€śinciting Palestiniansâ€ť. This was done despite the fact that the picket line had been coordinated with the police previously. The violent attack on the workers was averted but the threat is still there.

Zarfaty workers called a legal strike two days ago following the dismissal of Hatem Abu Ziade, Chairperson of their Workersâ€™ Committee. The Zarfaty workers, organized through WAC-MAAN since June 2013, had been in protracted negotiations for a collective contract. The management decided, without notice or explanation, to fire Abu Ziade and compel the workers to relinquish membership in WAC-MAAN.

The new threat of violence and the arrest come two days after WAC-MAAN raised the issue of SodaStream workers, which is also in Mishor Adumim, where dozens of workers have been arbitrarily fired. The SodaStream workers contacted us at WAC-MAAN, and we then contacted the management in their name. We also put the story out to the media, where it received much coverage in Israel and worldwide.

The firing of the Committee Chairperson at Zarfaty, and the threats by the factory owners, are an attempt to remove WAC-MAAN as a force to whom the workers of Mishor Adumim may turn. These workers are employed under unacceptable conditions, counter to labor laws, and often below minimum wage without pay slips or benefits.

WAC-MAAN insists on its right to represent workers and on their right to organize. We will not allow threats and bullying to deter us from protecting the right to make a living with dignity, regardless of religion, race, and nationality.