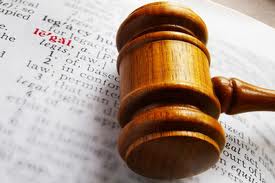 New employment tribunal statistics published on September 11th┬Āshow that the new system of charging upfront fees is resulting in a major reduction in claims, according to┬Āthe TUC.

The statistics are the third quarterly set of figures since the new fees system was introduced and show that women, low-paid workers, disabled people, and black and asian workers are the big losers.

TUC General Secretary┬ĀFrances OŌĆÖGrady┬Āsaid: ŌĆ£Early conciliation through Acas is a welcome step that is helping in some cases when things go wrong at work, but it canŌĆÖt explain such a large fall in the number of employment tribunals. The fees system is a victory for BritainŌĆÖs bad bosses who are getting away with harassment and abuse of workers.

ŌĆ£Tribunal fees are pricing workers out of justice and have created a barrier to basic rights at work. The government has put Britain in a race to the bottom that is creating an economy based on zero-hours jobs and zero-rights for workers.ŌĆØ

A recent TUC report on the problems caused by tribunal fees has been published in a booklet ‘What Price Justice?’┬Ā

Recent research from Citizens Advice found that seven in ten potentially successful cases are not pursued by people at employment tribunals. In the majority of cases brought to Citizens Advice bureaux, fees or costs were deterring people from pursuing claims. More information can be found by clicking here.

The government has set up a fees remission scheme to help low-paid workers with the cost of fees. However, the TUC believes that the system is deeply flawed as it is based on household income and savings, rather than an individualŌĆÖs income.

For example, a woman working part-time on the minimum wage ŌĆō with a weekly income of just ┬Ż120 ŌĆō could still face fees ten times her weekly salary if her partner has savings of more than ┬Ż3,000. Fewer than a quarter of individuals applying for fees remission have received financial help.