Employment Rights: What The Coalition Has In Store 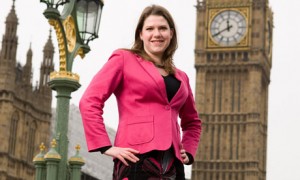 Lib Dem minister Jo Swinson – getting ready to take your employment rights away.

Not content with emasculating trade unions and stripping workers employment rights even further, the Government timetable for more legislation has now been published. Â

The ‘progress report’ includes clarification that discredited and farcical “owner-employee” contracts of employment (shares for rights) will be introduced in autumn 2013 and reforms to TUPE will take effect in October 2013.

Details of the changes and “progress” were given by Lib Dem MP for East DumbartoshireÂ Jo Swinson,Â Minister of State for Employment Relations and Consumer Affairs (according to her website ‘On Your Side In Parliament” – elsewhere presumably not on your side!) who will be presumably be piloting the changes through Parliament.

The Government’s report, “Employment law 2013: progress on reform”, confirms that, by spring 2013, the Government will:

â–Ş consolidate national minimum wage legislation (to be published by the end of April 2013).

The report states that, in summer 2013, the Government will:

â–Ş replace compromise agreements with “settlement agreements” and introduce a code of practice governing their use;

â–Ş impose a reduced cap on the compensatory award for unfair dismissal (an individual cap of 12 months’ pay of the employee concerned, which will apply where this amount is less than the overall cap);

â–Ş introduce revised procedural rules for employment tribunals (the new rules will be published by May to allow parties time to become familiar with them);

â–Ş protect whistleblowers from suffering a detriment, bullying or harassment from another employee;

â–Ş review the paperwork obligations associated with the Agency Workers Regulations 2010 (SI 2010/93) to simplify them for employers and agencies where possible; and

â–Ş allow for portable Disclosure and Barring Service (DBS) checks, so that an employee will not have to have a new criminal record check every time he or she starts a new job.

In autumn of this year, the Government will:

â–Ş legislate for “owner-employee” contracts of employment, under which employees would be given shares in exchange for waiving certain employment rights; and

â–Ş call for evidence on the Public Interest Disclosure Act 1998.

In the Spring 2014 the Government intend:

â–Ş extend the right to request flexible working to all employees;

â–Ş introduce an “early conciliation” process for tribunal claims, which will require prospective claimants to send information about their claim to Acas prior to lodging a claim;

â–Ş take a new approach to sickness absence management, with plans to introduce a health and work assessment and advisory service in 2014;

â–Ş allow tribunals to impose financial penalties, on top of any compensation for successful claimants, on employers that have been found to have breached an individual’s rights; and

In 2015, the Government will amend maternity, paternity and adoption leave legislation to allow for “shared parental leave”, whereby both partners will be able to take leave at the same time.

Other changes mentioned in the report include:

â–Ş the withdrawal of discrimination questionnaires for claimants or individuals thinking of bringing a tribunal claim to obtain information from the employer under the Equality Act 2010;

â–Ş the removal of the provisions on third-party harassment in the Equality Act 2010;

â–Ş the withdrawal of the statutory requirement for employers to maintain sick pay records; and

â–Ş the limiting of the application of the Working Time Directive (2003/88/EC), with “additional flexibility” when it comes to on-call time and compensatory rest.

The report does not give a timetable for the implementation of these changes.