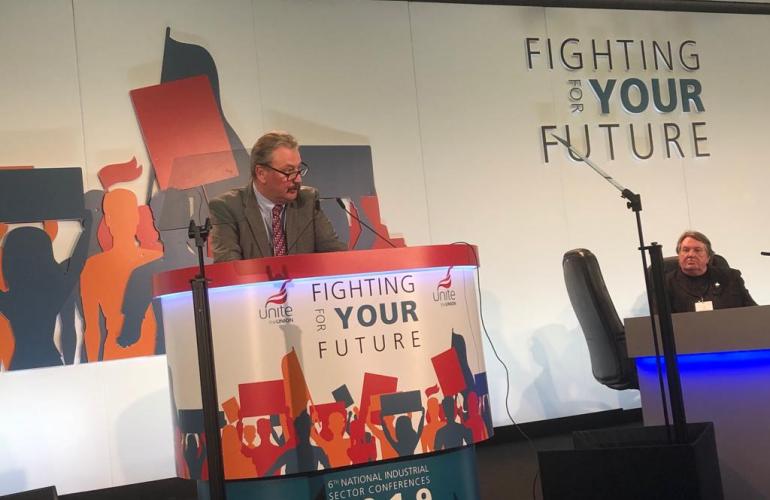 In the less than a month since the General Election the Johnson regime has given strong indications where it will legislate on employment rights.¬ÝEither contained within, or associated with it, Johnson‚Äôs Queen‚Äôs Speech set out three distinct areas:

We have of course been here before during the Blair and Mandelson years. Whilst acknowledging the success of the National Minimum Wage family friendly rights were one third of the new rights contained within their Employment Act offered to the union movement on a take it or leave basis.

Family friendly provisions are of course important in their own right and although it would never be clearly spelt out by the movers these rights should not to be used as a virtual trade-off for a diminution of other rights at work, for example, the right to strike.

Without knowing the detail of what‚Äôs on offer, it‚Äôs almost possible now to hear Andrea Ledsom arguing that she has clipped the unions‚Äô wings but has improved the position at work for hard working families.

Secondly, it was clear from the Queen‚Äôs Speech that employment rights derived from the European Union ‚Äì working time, holiday pay, maternity rights, discrimination ‚Äì would not be contained within the Withdrawal Agreement Bill but have been hived off to a yet to be published Employment Bill.¬ÝAlso said to be in this Employment Bill will be provisions for a new employment rights enforcement body, extended redundancy protections and a new right for workers to request ‚Äúa more predictable contract‚Äù although we can rest easy that this will not be a ban a zero hours contracts as, for example, has happened in New Zealand.

If the government is serious about protecting the EU derived rights, and I know most readers will that believe that Ledsom speaks with a forked tongue, it must ensure that its Employment Bill is made law before the expiry of the implementation period on 31 December 2020. So how comprehensive or wide-ranging will the other new rights be in set out in the same Bill that has to be made law within the year?

Finally, there is the proposal to initiate further restrictions on the right to strike. This is to be achieved by the enforcement of Minimum Service Agreements that would ensure a partial provision of a service that may otherwise be strikebound.¬ÝAlthough in its General Election campaign the Tories‚Äô said they would ‚Äúlegislate to oblige rail employers and unions to enter into Minimum Service Agreements‚Äù by the time of the Queen‚Äôs Speech this had become a proposal ‚Äúto ensure people can depend on the transport network, measures will be developed to provide for minimum levels of service during transport strikes.‚Äù

So it‚Äôs now supposed that unions will negotiate with the employers they are in dispute with their own strikebreaking arrangements ‚Äì if there is no MSA the courts would be asked (by the employer, by a passenger, who knows) to declare the strike unlawful.¬ÝA logical extension would be that if union members declined to honour such a MSA effectively forced upon their union, the union may become liable for their members actions unless the union repudiated its members ‚Äì although in the recent past many unions have refused point blank to repudiate their members‚Äô actions.

This latest move is part of a restrictive legislative assault begun 40 years ago with no let up, not even during the Blair and Brown years. It is no surprise therefore that workers in the UK have got a progressively smaller share of the national GDP and suffer from some of the most insecure working conditions in Europe.

Labour‚Äôs offer on employment rights in 2017 and 2019 represented the most progressive reform of trade union and worker rights in a generation; it would have repealed the Trade Union Act 2016 and many of the anti-union provisions from the Thatcher and Major period and ensured that workers had dignity restored to their working lives.

The task now in the current Labour leadership contests is to ensure that the eventual winners are committed to the employment rights reform proposals of 2017 and 2019 and will oppose any move to impose MSAs on unions and workers in any section of what the government may call ‚Äúessential public services.‚Äù