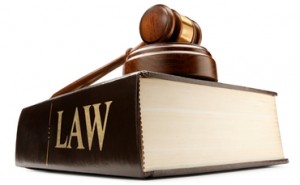 The Government is currently consulting on changes to TUPE – the law that protects employees from unfair dismissal, cuts in pay or changes in terms and conditions of employment if the business in which they are employed changes hands.

Some employers have argued that this protection is excessive, making it difficult to restructure contractor teams or improve the performance of contractor staff.EMW says that these concerns prompted the Government to open a consultation on removing this specific protection from outsourced staff as part of its “Red Tape Challenge”.

The consultation aims to reduce the cost and red tape for businesses that outsource services.

However, EMW says that the proposed changes would actually create uncertainty over whether such changes in contractor are caught by TUPE at all.It claims this would leave employers in the dark over whether these workers are protected by the law or not, increasing the likelihood of litigation between businesses and outsourced employees over the matter.

Jon Taylor, principal at EMW, said: “At the moment, re-tendering an outsourced contract can effectively result in a business getting the same staff working in a different uniform, so that the quality of service and most of the costs stay exactly the same.

“Many businesses say that the law goes too far, and gives businesses far too little scope to gain improvements in performance and efficiency if they switch contractors.”

“This is something that needs to change, but the proposals put forward by the Government will not solve this problem, and will create a bigger one instead.

“The law will give no certainty on whether businesses can freely restructure their contractor staff or not, and this legal uncertainty is likely to start a wave of litigation over the issue.”

EMW says that businesses would benefit from certainty over their legal responsibilities regarding outsourced staff.

Taylor added: “Because there is so much outsourcing in highly unionised former public sector functions, unions are likely to be drawn into the legal battle as they may well see this change as an attack on workers’ rights.”