Employers forbidden to contact remote workers after hours in Portugal 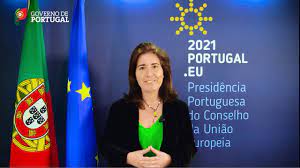 A set of laws passed in Portugal this week prohibits employers from contacting remote workers after hours â€” except under extenuating circumstances â€” in an effort to promote work-life balance in an era of burgeoning remote work set off by the coronavirus pandemic, and to attract â€śdigital nomadsâ€ť from around the world.

The new rules, which impose fines on violators, apply to companies with more than 10 employees.

They also mandate that employers pay staff for work-related expenses incurred while working at home, such as electricity or Internet costs, and that employees and superiors meet in person every two months to avoid isolation,Â the Associated Press reported. The laws also establish that in jobs where remote work is possible, parents can choose to work remotely, without making prior arrangements, up until their child is 8.

Ana Mendes Godinho, Portugalâ€™s minister of labor, said at the Web Summit tech conference in Lisbon that this is a â€ścrucial momentâ€ť to establish new rules. The pandemic â€śaccelerated the need to regulate what needs to be regulated,â€ť she said, according toÂ Euronews.

Not all the proposed changes made it through the legislature. The legal right to turn off work devices after the workday is over, called the â€śright to disconnect,â€ť didnâ€™t get final approval from lawmakers.

Portugalâ€™s employment numbers have recovered to pre-pandemic levels, and in July, the country reached the highest number of people employed since 1998, according to official numbers. However, up until midyear, 80 percent of new workersÂ were considered â€śprecarious,â€ťemployed under short-term or service-provider contracts.

The efforts by Portugalâ€™s ruling Socialist Party to regulate the new reality of remote work, accelerated by the pandemic, come as other countries also consider initiatives to improve work-life balance.Â Spain and JapanÂ recently unveiled plans to experiment with a four-day workweek. A groundbreaking study in Iceland found that a four-day workweek was an â€śoverwhelming success,â€ť both in employee satisfaction and productivity.

Other countries see remote work as an opportunity to attract itinerant digital workers â€” and collect more revenue. In mid-2020,Â Barbados launched a program that allowed visitors to stay for up to a year on the Caribbean island visa-free.

â€śWe consider Portugal one of the best places in the world for these digital nomads and remote workers to choose to live in; we want to attract them to Portugal,â€ť the countryâ€™s labour minister said at the Web Summit.