Emergency Motion Carried At The CSEU in Southport 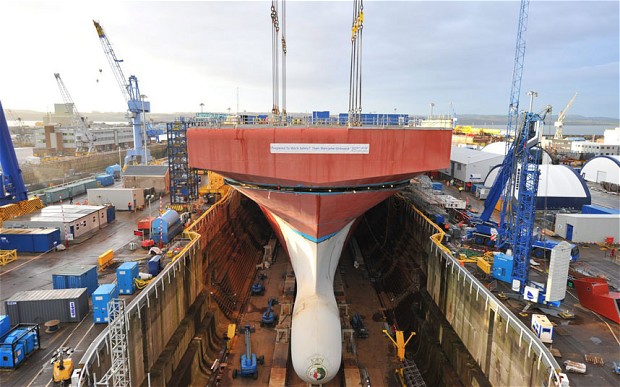 The Confederation of Shipbuilding & Engineering Unions rejects the measures contained within the Government‚Äôs Trade Union Bill introduced in Parliament today.

The imposition on unions organising a lawful strike by having to achieve a turnout of 50% of eligible members, together with having to achieve a 40% ‚Äúyes‚Äù vote in so-called ‚Äúessential‚Äù public services (health, education, fire, transport, border security and energy) is draconian and outside of international labour law. These proposals will turn abstainers into ‚Äúno‚Äù voters, effectively raising the bar of the threshold even further.

The CSEU notes that there is no proposal to allow unions to use modern balloting methods, for example, via the internet or by telephone. The fact that the Conservatives are using on-line balloting in the selection of their candidate for London Mayor highlights the hypocrisy of their position.

Imposing a 4 month limitation on a union‚Äôs mandate after a successful ballot before calling industrial action could achieve the reverse of what is intended as unions would be compelled to strike before the expiration of the mandate or otherwise lose it. Repeated balloting to maintain the mandate is in the hope of exhausting members‚Äô commitment to the union.

The likelihood of using criminal sanctions against pickets is unjust. Employers already have civil sanctions available and the police an array of public order offences at their disposal. The reported extension of this legalisation to include comments made on social media is an attack on freedom of expression.

So-called consultation on the repeal of sections of the Employment Agencies regulations to allow agencies to supply scab labour during an industrial dispute is about a measure clearly biased in favour of employers and will inevitably lead to increased tension in disputes where these scabs are used.

Although unions with political funds are not all affiliated to the Labour Party the move to switch to ‚Äúcontacting in‚Äù to such funds is primarily aimed at cutting off funding to the Labour Party. Again, the Conservatives are seeking to turn the back the clock, this time to 1927, when they last made such a legislative change.

Any limitation on trade union facility time, which will usually have been negotiated with employers, is an attempt to limit trade unions‚Äô ability to organise and provide effective representation for their members. This is another partisan attack on unions and their members as research carried out by BIS has shown that a union presence in the workplace supported by good facilities actually promotes good industrial relations rather than the reverse.

The CSEU commits to joining the campaign against this legislative assault. This will include linking up with trade union and social movement campaigns that are working for workers‚Äô rights and union freedoms.