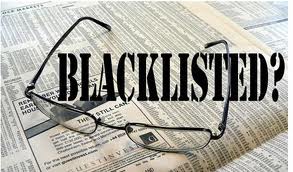 ‘Trade unionists and other campaigners have worked tirelessly to keep the scandal of blacklisting in the public eye.Â And I want to pay tribute to the work of Ian Davidson and the Scottish Affairs Select Committee who have done so much to expose what has been happening.

The connection between growth and living standards has been broken. Â Rebuilding that link has to be our priority.

In the last few months Labour has set out a new agenda for Britain â€“ tackling the abuse of zero-hours contracts, building thousands of new homes every year, dealing with low pay through the living wage and strengthening the minimum wage, securing the future of our NHS and addressing the cost of living crisis that affects millions.

Blacklisting is about a race to the bottom: lower standards, insecurity at work, fewer rights and worse conditions.

My message today is that the government must now end its refusal to act and hold the inquiry into blacklisting that common sense and decency demand.