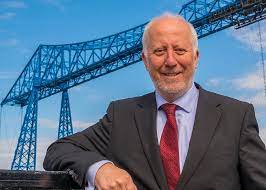 By Andy McDonald Labour MP for Middlesbrough and shadow secretary for employment rights. From The House MagazineÂ 14th May

Government inaction means that millions of low paid and precarious workers who are entitled to protections have been abandoned to fight for their rights through the courts.

The government strained to present its Queen’s speech as an agenda that was in the interests of working people and which would spread opportunity and create good jobs, having previously claimed they would make Britain the “best place in the world to work” .

The glaring omission of the long-promised Employment Bill from the Queenâ€™s Speech, however, exposed the chasm between Tory rhetoric and action. A strengthening of employment rights and protections has not been more urgent in recent memory, yet they are completely absent from the governmentâ€™s agenda.

There is a common belief in the country that as we emerge from the pandemic, there should be no going back to normalÂ and the poverty, inequalities and injustices that marked our society. But the weakness of rights and protections for which the government is responsible have deepened the inequalities and injustices that existed before the pandemic and the failure to introduce an Employment Bill means they will continue to become more pronounced.

Rights and protections are desperately needed to keep pace with change, but workers have instead been abandoned to the whims of employersTake as an example fire and rehire, an appalling practice where workers are sacked before being re-employed on lower wages and worse terms and conditions.

The practice was once rare but has become endemic, with 1 in 10 workers affected. Ministers condemned these bully-boy tactics from the Despatch Box before ditching the Bill that could have outlawed them, facilitating exploitation by unscrupulous employers and enabling them to attack their own workforces. As a result, bad employers will continue to drive down living standards. This practice is not just immoral but economically damaging.Health and safety at work has become more important than ever before, yet despite the widespread failure to enforce laws protecting workers, contributing to Britain’s high death toll and deep economic crisis, the Conservative manifesto pledge to create a Single Enforcement Body to crack down on illegal practices has also been abandoned.

Throughout lockdown, companies like Amazon profited greatly, but often at the expense of those who work for them who are in bogus self-employment with no access to sick pay, holiday pay and basic protections, in arrangements that are specially designed so companies can dodge their responsibilities. Uber drivers recently won a 6-year long legal battle culminating in a Supreme Court ruling that they were workers not â€˜self-employedâ€™ as the company had claimed. Government inaction on the gig economy means that millions of low paid and precarious workers who are entitled to that same security have been abandoned to fight for their rights through the courts.

The pandemic has accelerated other changes to the world of work as many workers and employers realise the benefits of remote and flexible working, but for this to work for working people these changes must be underpinned by rights that were promised but not delivered.

The pandemic has also seen an increased use of surveillance and intrusive technologies being implemented without the say-so of workers and to their detriment. Again, rights and protections are desperately needed to keep pace with change, but workers have instead been abandoned to the whims of employers who will exert ever more control and influence over their lives.
The ditching of an Employment Bill is not just bad for workers but bad for the economy as a whole and will hold back the recovery from the pandemic. Evidence shows that fair and decent conditions of work improve productivity, economic opportunity and health and wellbeing. The ability of trade unions to represent working people to this end is essential to building an economy where security and opportunity are available to all.

The current US administration understands this well. Joe Biden campaigned on and is delivering an ambitious plan to tackle climate change and empower trade unions to rejuvenate the American economy and raise living standards. This same ambition is so desperately needed in Britain to provide all workers with fair pay, job security, dignity at work and work-life-balance and safety at work.

The government clearly lacks this ambition, so it falls to the Labour and trade union movement to set out an ambitious vision to empower working people and to help Britain recover and rebuild.