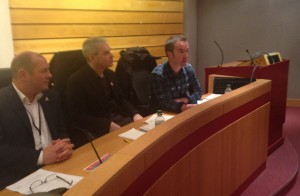 A packed public meeting organised by the Campaign For Trade Union Freedom at Unite’s London head office heard speakers explain the danger of the new generation of trade agreements, including the effects on employment rights.

Jean Lambert joined trade union leaders to raise the alarm over the impact of the Transatlantic Trade and Investment Partnership (TTIP) on services and jobs. 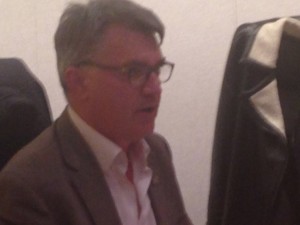 RMT leader Mick Cash and Unite assistant general secretary Steve Turner were among the speakers at the Trade Unions Against TTIP meeting in London last night.

They warned that TTIP will damage workersâ€™ rights and speed up the race the bottom in wages on both sides of the Atlantic.

Echoing their concerns, Ms Lambert said the deal is based on the â€śdiscredited belief that free trade is good for growth and jobsâ€ť and would hand power to big business. 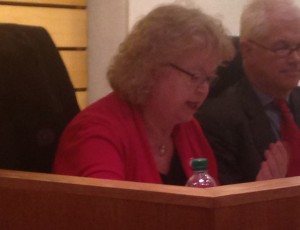 But the MEP for London insisted a deal is not â€śinevitableâ€ť and said campaigning was taking its toll on Brusselsâ€™ bureaucrats.

She said: â€śPublic pressure has brought greater transparency to the process and itâ€™s clear that this pressure is having an effect on decision-makers â€” which is good news and shows that this agreement is not inevitable.

“Both national governments and the European Commission feel under pressure so we need to keep the pressure on?â€ť

The Investor State Dispute Settlement is widely viewed as the most damaging part of TTIP.

It would allow privateers to sue national governments if they took democratic decisions that affect their profits, such as renationalising the railways.

The clause is also included in a similar but less well-known deal between the EU and Canada. 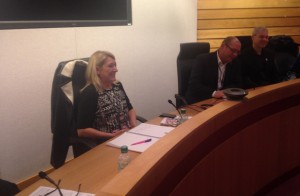 Director of the Institute of Employment Rights Carolyn Jones told the Star: â€śDeregulation always leads to lower standards in the workplace, whether thatâ€™s in terms of pay, conditions or equality.

â€śThe US has only signed up to two of the eight core trade union and freedom rights.

â€śThe US unions are celebrating the deal because they think it means their workers get some of the same rights we have in Europe.â€ť

She also reported that this attitude was the same that British unions took when the government signed up to the European social charter.

â€śBut thatâ€™s not what happens. These deals always lead to a downwards spiral in employment rights.â€ť