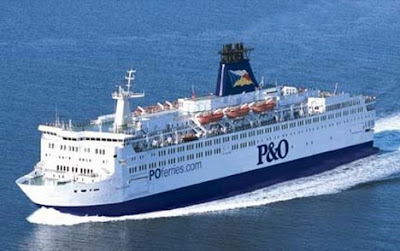 Members and supporters of the Campaign for Trade Union Freedom will have seen the news that P&O has disgracefully sacked hundreds of UK seafarers with no notice or consultation.

The mass sackings of workers have received widespread condemnation from The TUC, UK and international unions, the Labour Party, the legal profession and some employers.

There has been massive coverage in the media yesterday and today of the events and reports that “handcuff compliant” security guards, aka as thugs, have been engagedÂ to clear the vessels of officers and ratings who are occupying the ships in response to the sackings.

Tory ministers have appeared on the media saying that they are â€˜appalledâ€™ and the sackings are â€˜unacceptableâ€™ – however, they are also saying that the decision is a â€˜commercial decisionâ€™.

P&O say they are facing financial difficulties yet the Dubai-based DP World, paid shareholders a Â£240 million dividend at the end of 2020 and P&O reported an 11% jump in revenue last year.

The 2022 European Golf Tour was renamed the DP World tourâ€š with the company contributing Â£147 million to the prize money.

What’s more P&O furloughed more than 1,400 employees during the pandemic to the tune of Â£10million.

So, after UK taxpayers subsidised the business to keep it alive, P&O has now axed the jobs of 800 people in the face of the deepest cost-of-living crisis in generations.Ã‚Â The actions o DP World and P&O are pure greed.

If you are able, please attend this demonstration. Nearest tube/bus/train – Victoria.

RMT, the union for ratings, is staging anÂ emergency demonstration against the sackingsÂ at the office of P&O parent company DP World in Westminster this afternoon.

If you are able, please attend this demonstration. Nearest tube/bus/train – Victoria.