Corporate power has turned Britain into a corrupt state 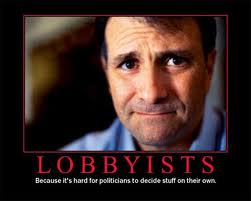 If you’re under attack, create a diversion. David Cameron and Nick Clegg have been floundering as the spectre of Westminster sleaze has returned to haunt them. Four years after the MPs’ expenses scandal engulfed British politics, yet another alleged scam has been exposed. First a Tory MP and then a clutch of greedy peers were caught on camera apparently agreeing to take cash from journalists posing as representatives of foreign companies. “Make that Ā£12,000 a month,” grinnedĀ Jack Cunningham, Tony Blair’s former “enforcer”.

Cameron and Clegg had promised to deal with parliamentary influence-peddling, and done nothing about it. So on Monday they came up with a plan: to crack down on trade unions. Wrapped in a panicĀ bill to set up a register of lobbyistsĀ are to be powers to police union membership lists and cut union spending in election campaigns. The first will make what is already the almost impossible task of holding a legally watertight strike ballot still harder. The second is a direct attack on Labour funding.

The contemptuous class cynicism of the coalition leaders’ response takes some beating. Not only are unions the most accountable and only democratic part of the political funding system; but by including anti-union clauses in the new bill, Cameron and Clegg want to ensure Labour’s opposition ā€“ all the better to change the subject and wrongfoot the opposition in the process.

Even Conservative MPs were embarrassed at the crude chicanery of it. Just as absurd is the fact that the register would have done nothing to prevent the latest lobbying scams ā€“ except help the puffed-up parliamentarians avoid getting stung in the first place. And the new law would apply only to lobbying firms, while directly employed corporate lobbyists would be exempt. Add to that the failure to bring elections to the House of Lords, and there will certainly be more jobs-for-life cronies cashing in with corporate clients in the years to come.

The truth is that parliamentary sleaze merchants are small fry in the corporate lobbying game. Before he became prime minister, Cameron predicted that secret corporate lobbying was “the next big scandal waiting to happen”, adding: “We all know how it works.” As a former lobbyist himself, he certainly did ā€“ and still does.

Cameron’s own election adviser, the AustralianĀ Lynton Crosby, is a lobbyist ā€“ for tobacco, alcohol, oil and gas companies. Which is why the prime minister came under attack for dropping curbs on cigarette packaging and alcohol pricing. HisĀ party treasurer Peter Cruddas resignedĀ after offering access to Cameron for a Ā£250,000 party donation. His defence secretary, Liam Fox, resigned over his relationship with the lobbyistĀ Adam Werritty.

But lobbying doesn’t begin to cover the extent of corporate influence. More than ever the Tory party is in thrall to the City, with over half its income from bankers and hedge fund and private equity financiers. Peers who have made six-figure donations have been rewarded with government jobs.

But the real corruption that has eaten into the heart of British public life is the tightening corporate grip on government and public institutions ā€“ not just by lobbyists, but by the politicians, civil servants, bankers and corporate advisers who increasingly swap jobs, favours and insider information, and inevitably come to see their interests as mutual and interchangeable. The doors are no longer just revolving but spinning, and the people charged with protecting the public interest are bought and sold with barely a fig leaf of regulation.

Take David Hartnett, head of tax at HM Revenue & Customs until last year and the man whoseĀ “sweetheart deals”Ā allowed Starbucks and Vodafone to avoid paying billions in tax. He now works for the giant City accountancy firm Deloitte, which works for Vodafone. The two-wayĀ traffic between the big fourĀ auditing firms and governmentĀ is legendary: staff are sent on secondments to HMRC and the political parties and then return to devise new loopholes for corporate clients.

Then there’s Hector Sants, head of the Financial Services Authority in charge of regulating banks until last year, whoĀ joined Barclays six months later. But he’s only one of a stream of regulators who have made similar moves. The same goes for the 3,500 military officers and defence ministry officials who have taken up jobs in arms companies in the past 16 years ā€“ as it does for top civil servants andĀ intelligence officials. The cabinet secretary, Jeremy Heywood, is the living embodiment of the revolving door, having moved effortlessly from the Treasury to Blair’s office to the investment bank Morgan Stanley and back to work for Cameron.

That’s before you get to the politicians. City directorships in opposition used to be a Tory preserve. But after New Labour embraced corporate power it became a cross-party affair. Blair is in a class of his own, of course, raking in Ā£20m a year from banks and autocratic governments; but he is followed closely by dozens of New Labour ministers who moved out of government into lucrative corporate jobs, often for firms hustling for contracts from their former departments.

It defies rationality to believe that the prospect of far better paid jobs in the private sector doesn’t influence the decisions of ministers and officials ā€“ or isn’t used by corporations to shape policy. Who can seriously doubt that politicians were encouraged to champion light touch regulation before the crash by the lure and lobbying of the banks, as well as by an overweening ideology?

Privatisation has extended the web of lubricated relationships, as a mushrooming Ā£80bn business uses jobs and cash to foist a policy that is less accountable, lowers standards and is routinely more expensive on the public realm. When 142 peers linked to companies involved in private healthcare were able to vote on last year’s health bill that opened the way to sweeping outsourcing ā€“ and the City consultancyĀ McKinsey helped draw it upĀ ā€“ it’s not hard to see why.

Britain is now an increasingly corrupt country at its highest levels ā€“ not in the sense of directly bribing officials, of course, and it’s almost entirely legal. But our public life and democracy is now profoundly compromised by its colonisation. Corporate and financial power have merged into the state.

That vice can be broken, but it demands radical change: closure of the revolving doors; a ban on ministers and civil servants working for regulated private companies; a halt to the corrosive tide of privatisation; and a downward squeeze on boardroom pay to reduce the corporate allure. It’s going to need a democratic backlash.

This article appeared in the Guardian 4th June