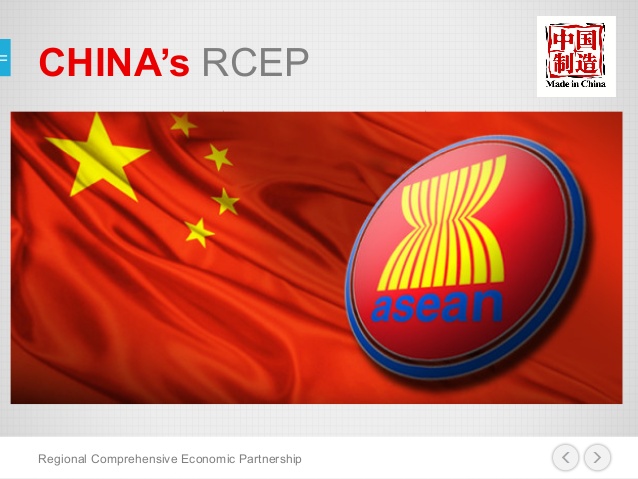 The Trans-Pacific Partnership (TPP) was dubbed ŌĆśthe biggest trade deal you have never heard ofŌĆÖ because it was being negotiated behind closed doors with little public information available.

President Barack Obama tried to push TPP through the US Congress with a ŌĆśfast trackŌĆÖ process that would have left elected politicians with no opportunity to scrutinise the deal line by line. Had Obama got the deal on the floor of Congress it would have been a ŌĆśtake it or leave it dealŌĆÖ.

Trump also promised to ŌĆśtear upŌĆÖ NAFTA and renegotiate it. Current reports say he intends to ŌĆśtinker round the edgesŌĆÖ of the deal rather than a wholesale re-negotiation.

The European Union is currently rushing to negotiate a trade deal with Japan known as JEFTA.

Talks have been going on secretly since March 2013 with the EU intent on pushing ahead to get a deal signed by the end of the year ŌĆō despite misgivings in Japan.

Now it appears the next in line is another mega-trade deal ŌĆö┬Ābigger and more secretive than before ŌĆö┬Āthe Regional Comprehensive Economic Partnership (RCEP).

Negotiations are now in their fourth year and the aim is also to finalise the agreement by the end of 2017.

If the deal goes ahead, the RCEP would cover half the worldŌĆÖs population. Because of the secrecy little is known about the RCEP text.

But leaked documents┬Āshow that the failed TPP is the basis for RCEP.

Some of the most controversial clauses of the TPP are proposed in RCEP, including the rights for corporations to sue governments┬Āthough secret ISDS courts and the extension of┬Āmonopoly rights for pharmaceutical companies┬Āto charge higher prices for medicines.

Reports suggest that RCEP could also increase the numbers of temporary migrant workers, vunerable to exploitation ŌĆö┬Āwithout testing or providing support for the local and national labour market.

These clauses come straight from TPP and have little to do with free trade. ItŌĆÖs all about extending corporate power at the expense of working people.

But it appears that India and some ASEAN countries are resisting the worst of these clauses.

ŌĆ£The secrecy surrounding TPP has been reproduced around the RCEP. From ObamaŌĆÖs pivot into Asia, we now have ChinaŌĆÖs attempt to dominate trade throughout the Asian region.┬ĀWe had become used to the farcical approach to public consultation under the TPP. Now, with the RCEP, the 20 or so minutes dedicated to it by the Australian government seem like a luxury by comparison.

ŌĆ£RCEP has the same ISDS provisions. Even worse the minimal labour rights provisions under TPP appear to be even more watered down in RCEP.

ŌĆ£We had the benefit of Wikileaks last time around with the TPP. Now, without any further information, the likelihood is that RCEP will be agreed and implemented before any substantial public scrutiny is possible.

ŌĆ£And we know workersŌĆÖ interests will be a long way down any consideration by governments in our region.ŌĆØ