CETA : Trouble in The Netherlands. 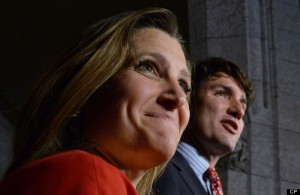 Thanks to Ben Davis at the United Steelworkers for the information.

The EU-Canada trade agreement known as CETA (Comprehensive Economic and Trade Agreement) is running into trouble in the Netherlands with the Dutch parliament rejecting provisional application of the deal.

Opposition to the trade deal in European countries is growing. The Walloon Parliament also refused to sign up for the deal requesting the regional government not to grant full powers to the Belgian federal executiveÂ to sign the CETA deal.

The Dutch parliament requested that the government present a proposal to MPs before taking any position on CETA, in case theÂ European Commission makes a proposal on the provisional enforcement of the treaty.

In June, EU leaders are supposed to ratify CETA. Although final government approval is expected in September, the June meeting is the last chance for European governments to raise serious objections.

Dutch voters are increasingly looking to a referendum on the Trans-Atlantic Trade and Investment Partnership (TTIP) as their next target.

Some 100,000 Dutch citizens have already signed a petition demanding a referendum on TTIP. 300,000 names are needed to trigger a non-binding vote on the issue, as was the case with the recent vote on the EU – Ukraine agreement..

The treaty must be ratified by the European Parliament, and each of the parliaments of the 28 member states of the EU, to finally come into force.

Last week, CanadianÂ Minister of International TradeÂ Chrystia Freeland was in Brussels to try to convince MEPs to look at CETA in its own right.

In a somewhat bizarre comment she said: â€śSometimes when Canadians and Europeans speak, we want to just have a tĂŞte-Ă -tĂŞte, but it becomes a mĂ©nage Ă  trois. Letâ€™s not make our relationship a mĂ©nage Ă  trois, I would love unanimous support in your parliament. Iâ€™m gunning for it in mine. You are not going to get a better deal. And this deal will be a very important precedent for progressive trade deals going forward”.

The EU and Canada negotiated a deal almost without any opposition until unions, campaign groups and the public started mobilizing.

The controversial investor-state dispute clause (ISDS) in CETA has been re-written to review the deal and include the setting up of an investment court instead of standing by post-NAFTA improvements worked out with the US during the Trans-Pacific Partnership (TPP) talks.

But there is a major worry that that US companies could use CETA to launch investor lawsuits against EU states.