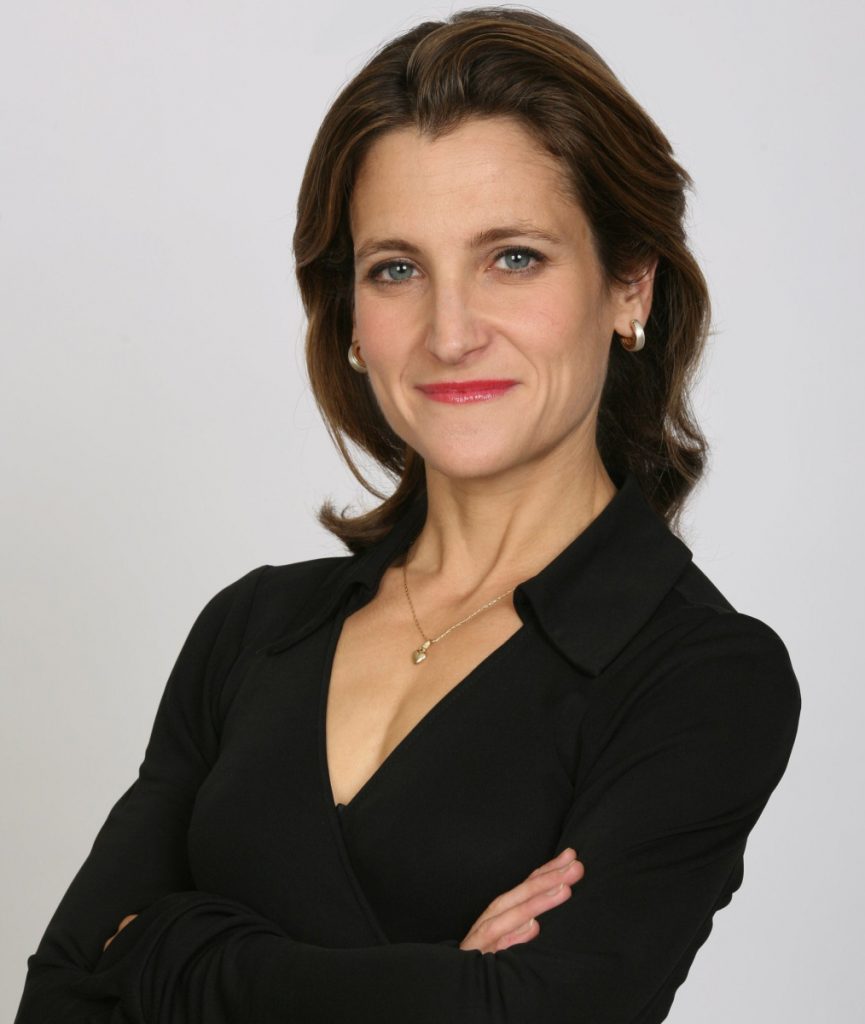 Negotiations to save the Canada ā€“ EU trade deal known as CETA collapsed today when Canadian International Trade Minister Chrystia Freeland walked from talks with the regional government of Wallonia in Belgium after discussion with Canada’s PM Justin Tredeau.

Wallonia hasĀ beenĀ blocking the deal due to be signed off next week.

An emotional Freeland said: “Canada worked really hard, and me personally, I worked very hard. It’s become evident for me, for Canada, that the European Union isn’t capable now to have an international treaty even with a country that has very European values like Canada. And even with a country so nice, with a lot of patience like Canada. I’ve worked very, very hard, but I think it’s impossible,” the minister said, reflecting on the months of travel and lobbying across Europe she’s invested personally in trying to garner enough support.

Earlier, Paul Magnette, the president of the Belgian region of Wallonia, briefed his regional parliament, sayingĀ that although talks were productive,Ā difficulties remain but he was not prepared to reverse the decision to reject CETA.

“We made new significant progress, especially on the agriculture issues, but difficulties remain, specifically on the symbolic issue of arbitration, which is politically extremely important,” he said in French.

Belgium’s constitution gives regional governments a role in trade agreements, has now ended up with an effective veto over a trade deal that impacts the entire continental trading block of over 500 million.

“After consideration, the modifications are not enough. We need to go deeper on other issues such as the public services, and some definitions need to be more accurate, but the discussion we had with the Canadians was very constructive,” he said.

On Thursday, the president of the European Union, Donald Tusk, offered the blunt assessment that if this hard-fought deal with a progressive partner like Canada couldn’t move ahead, the EU’s credibility as a negotiator of any free trade deal in the future was in doubt.

It is not immediately clear exactlyĀ what compromises or modifications Canada had offered or agreed but additional reservations to signing the agreement from Romania and Bulgaria have also not been lifted, pending resolution of a long-standing visa dispute.

The agreement as negotiated goes far beyond tariffs – eventually opening government procurementĀ which may provide opportunities for Canadian bidders in European jurisdictions.

Common regulatory standards are meant to facilitate the ramped-upĀ trade in goods and services.

The controversial foreign investor arbitration measures, already reworked earlier this year, appear likely to be put on hold pending a court decision expected next spring and full ratification byĀ over 30 national and sub-national legislatures across Europe.

An unnamed EU spokesperson said that it was not the end of the matter but declined to be name in fear of making matters worse.

UK media are currently playing up the fact that Wallonia is a region of 3.5 million people compared to the rest of the EU and Canada.

However, avid followers of the CETA including the CTUF talks have warned this was likely to happen. The Belgium regions are determind to stand their ground and there is popular support against this trade deal, TTIP and TiSA because of the lack of transparency and the widespread opposition to the secret courts allowed under the ISDS clauses, the lack of strong support for labour rights and the clear perception that these deals are designed to support multi-national corporations and not citizens of individual countries.