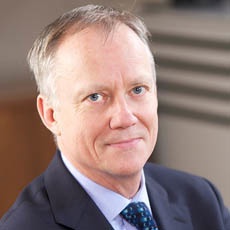 The review of rules governing industrial disputes, lead by Bruce Carr Q.C. collapsed today when Carr pulled the plug on the review stating: āI am (also) concerned about the ability of the review to operate in a progressively politicised environment in the run-up to the general election and in circumstances in which the main parties will wish to legitimately set out their respective manifesto commitments and have already started to do soā.

However, the review was described by the TUC and unions as headline grabbing union bashing and a āpolitical stuntā and refused to give evidence.

The employers body the CBI also saw the review for what it was steered clear and Vince Cable himself appears to have given the review a wide berth.

It is rumoured that Carr received just six responses.

Carr had been āhandpickedā last year by the Government to deliver a report which they hoped would be used to bash unions in the run up to the General Election.

Now their strategy is in tatters, but as Len McCluskey of Unite has warned: āThe Tories remain intent on going into the general election in 2015 with a vicious anti-worker programmeā.

Carr has told ministers that he would not come up with any recommendations for legal changes.

Maude had publically insisted the review would be āneutralā but Carr buried that idea in his full statement on the Reviewās website.

“Any recommendations which might be put forward without the necessary factual underpinning would be capable of being construed as the review making a political rather than an evidence-based judgment, whichever direction such recommendations might takeā.

Carr had raised his concerns that the review had been compromised after Maude (egged on by Boris Johnson and others) announced a package of new anti-union laws designed to make it harder for unions to win ballots for industrial action, by raising ballot thresholds.

Carr will produce a “scaled down report” which sets out the “limited evidence” he has gathered.Ā Also a result of Carr dumping the review ā the investigation into the events of the dispute at Grangemouth has been dropped.

The precise terms of reference involved examining “the alleged use of extreme tactics in industrial disputes, including so-called ‘leverage’ tactics; and the effectiveness of the existing legal framework to prevent inappropriate or intimidatory actions in trade disputes”.

In response to the collapse of the Carr review Len McCluskey Unite General Secretary said: āThe Tories have spectacularly shot themselves in the foot on this.Ā  In their haste to attack trade unions, they have embarrassed their own appointee, Bruce Carr, into accepting this report for what it was all along ā a desperate pre-election stunt to smear democratic trades unions and their members.

āThis was always a purely political exercise with neither the CBI nor the TUC prepared to get involved.Ā  Now Bruce Carr has moved to distance himself from what was nothing more than a pre-meditated effort by the Tory party to get a QC to sanction laws further restricting the rights of unions.

āThe UKās trade unions are already the most highly regulated in the world, leaving the UKās workers among the easiest and cheapest to sack.Ā  But while Bruce Carr may have thrown in the towel, the Tories remain intent on going into the general election in 2015 with a vicious anti-worker programme.

āNow at least voters can see their agenda for what it is ā a determination to impede all protest against unethical behaviour by employers, and the removal of the last vestiges of protection against abuse that the working people of this country possess.ā

The TUCās Frances OāGrady called on the Tories to repay the cost of setting up the enquiry and said that: āBruce Carr has been cynically used by the government in a party political stunt for the Conservative Party.

āHe is right to recognise this āpoliticisationā, so I am not surprised at his decision not to make any recommendations and to simply review the few submissions sent to him.

āBut the politicisation is not new, it was built in from the start. Contrary to Nick Cleggās assurance, employer behaviour such as blacklisting was not even mentioned in the terms of reference for the review. And now Mr Carr has found his work entirely pre-empted by a Conservative Party press release.

āThe Conservative Party should now repay to the taxpayer the costs of the enquiry.ā

Meanwhile Mark Serwotka of the PCS union said:”The Tories handpicked Bruce Carr to do their bidding but even he couldn’t stomach their anti-union rhetoric, exposing the review as a facade for an attack not just on more than 6 million trade union members but on all working people and their communities.”

Construction union General SecretaryĀ Steve Murphy said: Ā āThe collapse of the Carr Review, demonstrates that the Conservativesā own placeman, realises that their proposed attacks on workerās rights, especially the right to strike, cannot be justified by anyone who believes in basic human rights.ā