Brexit – Why Free Ports Are A Race To The Bottom 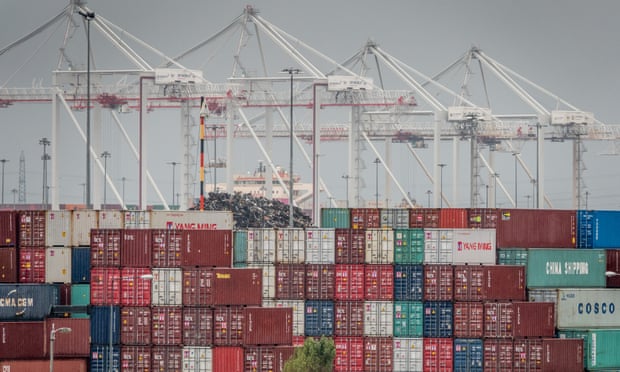 There’s no evidence that free ports create jobs or stimulate growth – and they could be a Trojan Horse for watering down employment protections after Brexit.

This week, the government launchedĀ a consultation on creating up to 10 tax-free ‘free ports’Ā across the UK.

The government wants these free ports to sit outside the UKā€™s main tax and tariff rules, with lower regulations to attract investment and business.

It argues that this is needed to bring jobs and prosperity to the UK in a post-Brexit world.

Of course, there was nothing stopping the UK from setting up tariff and tax-free import zones when it was a member of the EU (around 80 such zones are in operation across the bloc today).

But thereā€™s one big difference between the EU zones and the free ports the government wants to create.

The EU zones can’t deviate from single market regulations, including those on employment protections and other workers’ rights.

For people working within them, thatā€™s a good thing.

But free ports in the UK won’t be bound by this rule, so anyone working in them is likely to have less protection at work ā€“ not only with the EU but with the rest of the UK as well.

That means lower pay and less job security in coastal communities that are already in long-term economic decline.

Free ports are a Trojan Horse to water down employment protections.Instead of a race to the bottom on workersā€™ rights after Brexit, the government must guarantee they’ll be protected for every worker in the UK.

Trade unions have several other concerns about the government’s plans.

The government has set up a Free Ports Advisory Panel to determine where the free ports will be created.

But this panel has no union representation, even though thousands of jobs are at stake.

Free ports encourage tax avoidance and are likely to become tax havens. That means less money for our NHS and schools.

And they may even become hotspots for organised crime such as money laundering and smuggling.

And while some argue that free ports will help support existing UK industry, there will be widescale job losses if we crash out of the EU without a deal or with a minimal trade deal.

Itā€™s not just unions who are worried that low regulation, low tax-free ports will be bad for jobs.

The former Labour MEP for North East of England Jude Kirton DarlingĀ has questioned whether free ports will even create new jobsĀ or just move them from one area to another:

The North East has many manufacturing companies that are dependent on imports and exports. If a free port was established on Teesside, would this create more jobs for the region or just shift jobs from across the North East into one area? An area where they pay less tax and basic worker protections and health and safety standards may not apply. (February 2018)

This view was supported byĀ the Centre for Cities in a recent reportĀ that considered how effective low regulation and tax zones are at creating jobs.

It found that, while there was significant job reallocation when businesses moved from local areas to the new zones, the net impact on overall job creation was negligible:

Zones offering tax incentives or tariff reductions to relocate are likely to move activity around the locality or in from elsewhere in the country, rather than create new activity. And they are unlikely to attract in higher-skilled jobs that would change the fortunes of an economy.

‘In the zone? Have enterprise zones delivered the jobs they promised?’, Centre for Cities, 2019

Instead of using free ports to drive down hard-won workersā€™ rights, we need an EU trade deal that keeps the UK as closely aligned as possible to the Single Market and Customs Union.

This would ensure workersā€™ rights in the UK never fall behind the EU.

And it will mean our businesses can continue frictionless trade with our largest trading partner.

Tens of thousands of jobs depend on our trade with the EU. Protecting them should be the governmentā€™s top priority.