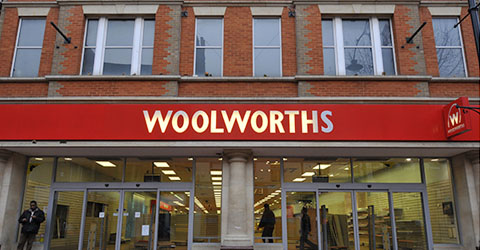 The Department for Business, Innovation and Skills (BIS) has requested permission to appeal against the recent judgment by the Employment Appeal Tribunal in the Usdaw v Woolworths case that means that collective redundancies need not be “at one establishment” for there to be a requirement for the employer to consult. The famous department store finally closed its 807 UK outlets in January 2009, with 27,000 workers losing their jobs.

In his judgment of 2nd July 2013, EAT judge Jeremy McMullen said the words ‚Äúat one establishment‚Äù should be deleted from the law requiring organisations to consult with employees when 20 or more redundancies are taking place in a 90-day period.

But a BIS spokesperson responded: ‚ÄúWe have applied for permission to appeal and are waiting for a decision. The reason for appealing this judgment is that in reaching its decision we think the EAT has got the law wrong and it is our view that the decision will have wider implications.‚Äù

In the judgment transcript, judge Jeremy McMullen pointed out that BIS attended none of the proceedings nor did it send representatives: ‚ÄúIt was said by the Insolvency Service that the secretary of state would not attend or comment ‚Äòas he has nothing to usefully contribute about the consultation process between the parties’. That was his stance at the Woolworths employment tribunal hearing. It appears, sadly, to misunderstand the legal issue in these appeals and its importance.‚Äù

BIS has since said: ‚ÄúThe secretary of state is sometimes joined as a respondent in protective award claims. This is because under legislation the secretary of state guarantees the payment of protective awards made in favour of employees whose employer is insolvent, up to a certain amount. The department does not make representations in such cases as a general rule.‚Äù

Leading employment lawyer John Hendy QC, and Vice President of the Campaign For Trade Union Rights said: ‚ÄúThe EAT have held that UK failed properly to implement the EU Directive on Collective Redundancies. The UK legislation prescribed consultation of 90 days where an employer proposed to shed 20 or more employees at any one establishment. In contrast, the Directive requires 90 days consultation where the proposal is to shed 20 or more employees “whatever the number of workers in the establishments in question”.

“In short the EAT have held that an employer must add together the number of employees facing redundancy across all the employer’s establishments. If they are 20 or more it does not matter whether they work at one site or are spread across several. The EAT found that this was consistent with the purpose of the Directive which is to protect workers.”