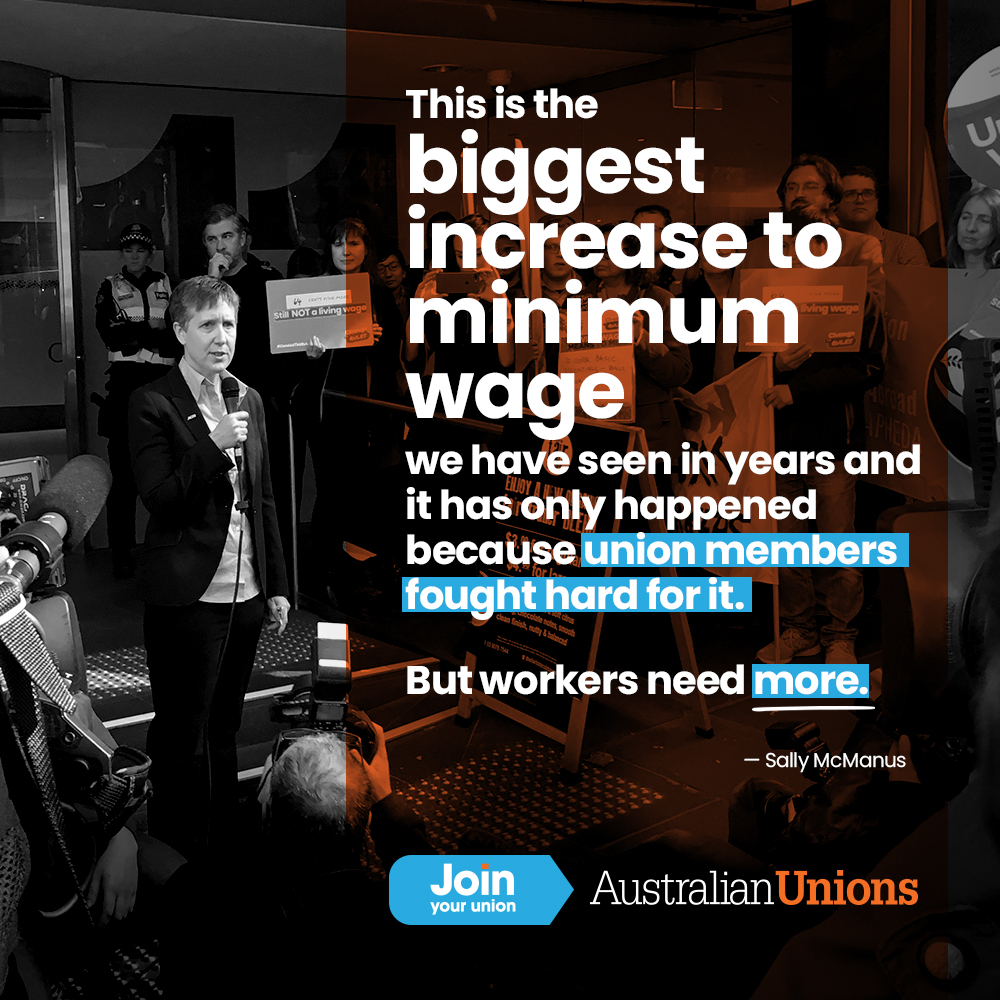 “Iâ€™m just back from the Fair Work Commission, where they decide whether 2.3 million Australians will get a pay rise, and if so, how much.

This is the biggest percentage increase the Fair Work Commission has awarded and it has only happened because union members fought hard for it.

It means 2.3 million workers will get a pay rise next month.

The minimum wage should be pegged at 60% of the median wage. This is the international poverty line benchmark. Even with todayâ€™s increase we are still below that mark.

Working full-time should be enough keep you out of poverty. We need a living wage in Australia to make sure thatâ€™s what happens.

It is union members who fight for and win wage rises. We are changing the rules in Australia so that all working people can have better pay.

Join the movement for change and help make our movement stronger.

Share this with your networks and help spread the word that it is union members who won todayâ€™s minimum wage rise and weâ€™ll keep fighting to win more.”