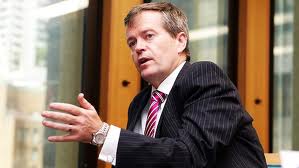 The Australian federal government will amend the Fair Work Act to provide access to arbitration for deadlocked greenfield negotiations and toĀ allow unions to hold meetings in workplace lunchrooms if agreement on another location can’t be reached,Ā Workplace Relations Minister Bill Shorten has announced.Ā ā€ØShorten in a statement on the proposed amendments said that for greenfields negotiations, the government would also apply the Act’s good faith bargaining provisions.

The proposed changes would also give greenfields parties access to the Fair Work Commission when bargaining had “reached an impasse”, and would allow for workplace determinations to be made “in limited circumstances to ensure certainty for investments”.Ā ā€Øā€ØThe Minister said the amendments – which he wants through parliament before the September election – would also apply that same access to workplace determinations “in other limited circumstances where bargaining has become intractable”.Ā ā€Øā€ØWhile he made no mention of the ongoing Cochlear stand-off, unions have persistently relied on it to press for further amendments on protracted disputes.

On right of entry

Shorten said his amendments would provide the Fair Work Commission with greater power to resolve disputes over the frequency of union visits for discussion purposes.Ā ā€Øā€ØAnd unions exercising entry rights, again for discussion purposes, would be entitled to hold meetings in workplace lunchrooms if agreement couldn’t be reached on a suitable location.

“These changes will balance the need for unions to be able to represent their members and hold discussions with them in an appropriate location with the need for employers to go about their business without undue interference,” he said.Ā ā€Øā€ØHe said further changes would clarify arrangements for permit holders relying on employer-provided travel and/or accommodation to access remote worksites.

Shorten today said the changes – which would be subject to further consultation ahead of legislation being introduced – had been developed to “provide stability and certainty to businesses and to help them remain competitive in a changing economy. They also provide employees with improved fairness, flexibility and representation at work.”

While the amendments to break deadlocked greenfields negotiations and to address excessive workplace visits respond to concerns raised by business, employer groups this afternoon came out strongly against the Minister’s plans.Ā ā€Øā€ØAMMA head Steve Knott described them as “pandering to union bosses at the expense of Australian workers”.

“The prospect of unions having automatic access to lunchrooms fails to accept contemporary reality that more than 87% of Australian private sector workers are actively choosing to not be associated with a union. These people deserve to have their lunch in peace,” he said.Ā ā€Øā€Ø”We are already seeing a situation in which more trade unions are entering more sites more frequently to compete for members.”

“The proposed changes show little knowledge of how major resource sites operate. The cost and complexity of chaperoning union recruiters around an onshore site, with thousands of workers and multiple lunchrooms, is considerable and unreasonable.”

Knott also said that AMMA had “great concerns” with the arbitration proposals for greenfields deals.Ā ā€Øā€Ø”We question the capacity of industrial tribunal members, the majority of which [sic] have never been responsible for running a commercial business undertaking, to help bring [a] multi-billion dollar resource project to the investment approval stage and project commencement,” he said.

The AiG is also critical of the measures

With chief executive Innes Willox saying the proposal to give union officials the right to meet employees in lunchrooms, including for recruitment purposes, would “reinstate arrangements that were abolished 15 years ago and which hark back to the days when almost half of the workforce was unionised and industrial disputes were common”.

Willox said there had been “very few disputes” over the current arrangements ā€“ under which employers have the right to determine the location of union meetings in their workplaces provided it is reasonable, and unions have the right to challenge that location ā€“ because “employers typically are reasonable”.Ā ā€Øā€ØHe continued that the reported proposal to give unions access to arbitration where an employer “has not capitulated to union bargaining claims” after a protracted period would be “very damaging and must be abandoned”.Ā ā€Øā€Ø”If compulsory arbitration became available, there would be less incentive for unions to reach agreement. Arbitrated outcomes awarded by the Fair Work Commission would flow onto other enterprises and unions would regard arbitrated outcomes as a new floor for subsequent claims,” he said.

HR Nicholls Society President Adam BisitsĀ criticised the proposed changes as “cementing a pro-union bias into its legislative legacy”.Ā ā€Øā€Ø”These moves can only be seen in the light of a possible election loss in September. The government is intent on bolstering the union movement and cementing its position,” he said.

The Minister in his announcement today said the proposed amendments implemented a number of the recommendations of the Fair Work review panel.Ā ā€Øā€ØOn right of entry, the panel members – Professor Ron McCallum, former Federal Court judge Michael Moore and senior economist Dr John Edwards – in their report last year recommended giving FWA more power to resolve disputes over the frequency of union visits to workplaces and over the location for interviews and discussions. They also recommended extending union right of entry to cover investigation of suspected breaches after a worker’s employment has ended (seeĀ Related Article).

On greenfields agreements, the review panel recommended providing access to arbitration for deadlocked negotiations, and the application of the good faith bargaining requirements to greenfields bargaining.Ā ā€Øā€ØThe review panel, however, did not make recommendations on Cochlear-style protracted disputes, saying it was not convinced, based on theĀ Endeavour CoalĀ “surface bargaining” decision (seeĀ Related Article), that the Act didn’t already provide the mechanisms for “addressing and remedying deficiencies in bargaining conduct alleged by either party, should they be substantiated. The [Cochlear] parties are presently in the process of applying these mechanisms. It would be premature for us to propose changes in these circumstances.”

The proposed changes to the Fair Work Act follow those announced earlier by the Prime Minister and the Minister on the right to request flexible work arrangements; parental leave entitlements; bullying and rostering (see Related Articles)