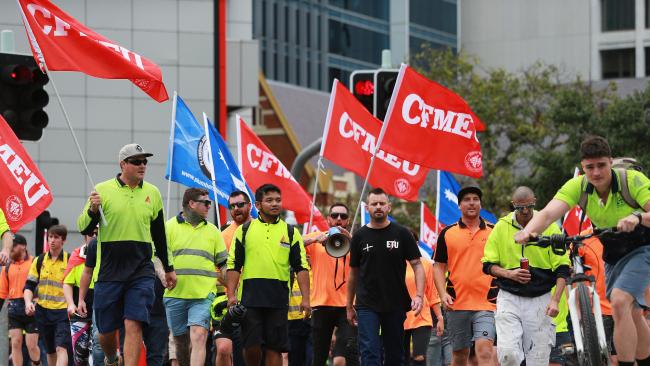 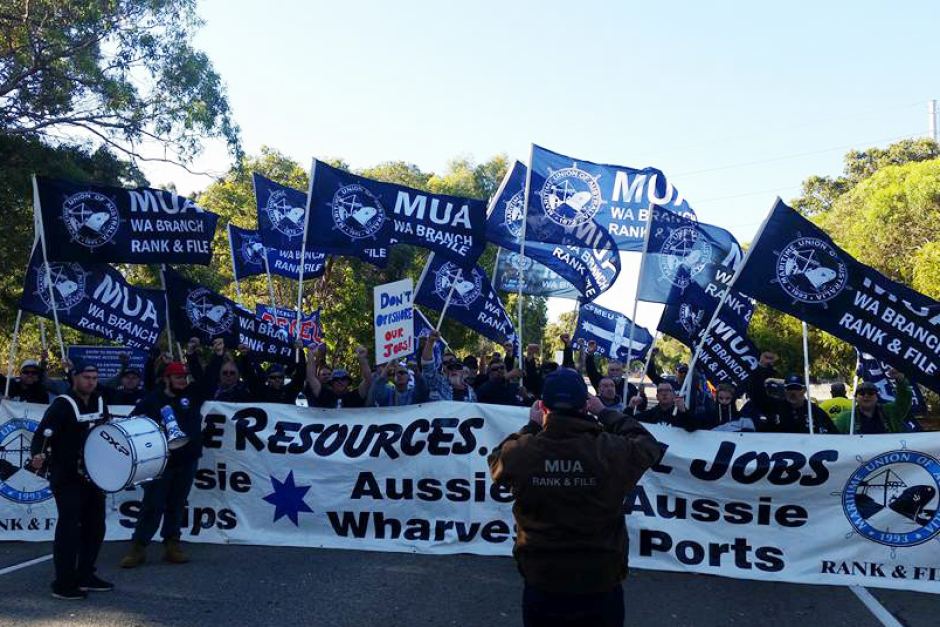 Australian employers are pleading with the Australian Fair Work Commission to stop the merger tbetween the country’s construction and maritime unions over fears about its combined financial clout of almost 150 million Australian dollars a year – which would be able withstand fines for unlawful industrial conduct. (See CTUF report from August 2017 here)

The combined revenue would allow the unions to easily match the significant jump in penalties for unlawful industrial action introduced by the right wing Turnbull government’s building laws at the start of last year.

The financial power of the new union emerged in evidence filed by the Australian Mines and Metals AssociationÂ and Master Builders Association in the Fair Work Commission over concerns the merger would threaten the viability of the resources and construction industries.

But the Construction, Forestry, Mining and Energy Union national secretary Michael O’Connor made “no apology” for the merger and accused the employer groups of seeking to undermine workers’ bargaining strength and efforts to boost flat wages.

In an affidavit, AMMA workplace consultant and ex-Rio Tinto manager, Peter Cook, calculated that the amalgamated union would have $310 million in combined assets, $146 million in annual revenue and some 144,000 members.

The CFMEU has accrued more than $12 million in ‘penalties’ for unlawful industrial conduct over the past six years. However, it has yet to be hit with the higher penalties under the new building laws.

“AMMA and its affected members are extremely concerned that the proposed amalgamation presents a significant threat to the proper and efficient function of the resources sector, which in turn, may threaten the viability of many businesses in Australia,” Mr Cook said in the affidavit.

The Fair Work Commission is set to assess the proposed merger at a hearing on February 2nd following a successful ballot of union members last year.

However, employer groups are facing an uphill battle given the federal government’s laws to prohibit such mergersÂ  will not be up for a Senate vote until after the hearing.

Labour leader Bill Shorten, whose Labor Right faction in Victoria isÂ negotiating with the CFMEU to support it for safe federal seats, has opposed the legislation along with the Greens and Liberal Democratic Party senator David Leyonhjelm.

In its evidence, the AMMA sought to use the union’s words against it by referring toÂ CFMEU NSW secretary Brian Parker’sÂ comments that the merger will “significantly” affect employers.

In the Maritime Union’s Radio Stingray Podcast aired mid-last year, Mr Parker said that “the fact we can take workers from the maritime industry, we can have wharfies and seamen as well as construction and building workers standing side by side, this is gonna be one of the greatest mergers in trade union history”.

On the merger’s effect on employers, he said “you’re absolutely right – it does affect them significantly and they’re gonna be put under scrutiny”.

An MUA representative also told the podcast the unions would “continue to demonstrate that we are proud of our militancy, proud of our willingness to take on governments, to take on employers and to take on anyone who stands before us and seeks to take away or diminish our rights”.

Peter Cook argued that “based on the statements of the unions in the media, it is AMMA’s opinion that the CFMEU and MUA clearly intend to use the proposed amalgamation to significantly strengthen the co-ordinated action, including industrial action, they are able to take against employers, including AMMA members”.

“This is a concern because the unions have exhibited ‘militant and lawless conduct’ over many years.”

The merger will not allow the MUA to take protected industrial action on behalf of the CFMEU given laws against secondary boycotts.

However, the Master Builders Association said the MUA in the new super union could exert “industrial pressure” at a port, though go-slows or other tactics, to disrupt delivery of building products without the CFMEU having to take industrial action.

MBA workplace director Shaun Schmitke said the penalties on employers for such delays could be more than $100,000 a day.

Mr O’Connor said the CFMEU made “no apology for acting to build a stronger union that can strengthen the bargaining power of our members”.

“The biggest threat to the Australian economy isn’t stronger unions fighting for members’ interests, it’s the impact of stagnating wages and growing inequality.

“Every economist in the country – right up to the head of the Reserve Bank – has warned that flat-lining wages are taking a substantial toll on economic growth.

“Rather than offer a solution, the self-interested lobbying of the business community continues to push to undermine the bargaining position of workers.”

He said “anyone who wants to see a stronger and more equal economy and society should be welcoming this amalgamation”.