Andy McDonald on the Government‚Äôs plans for employment rights 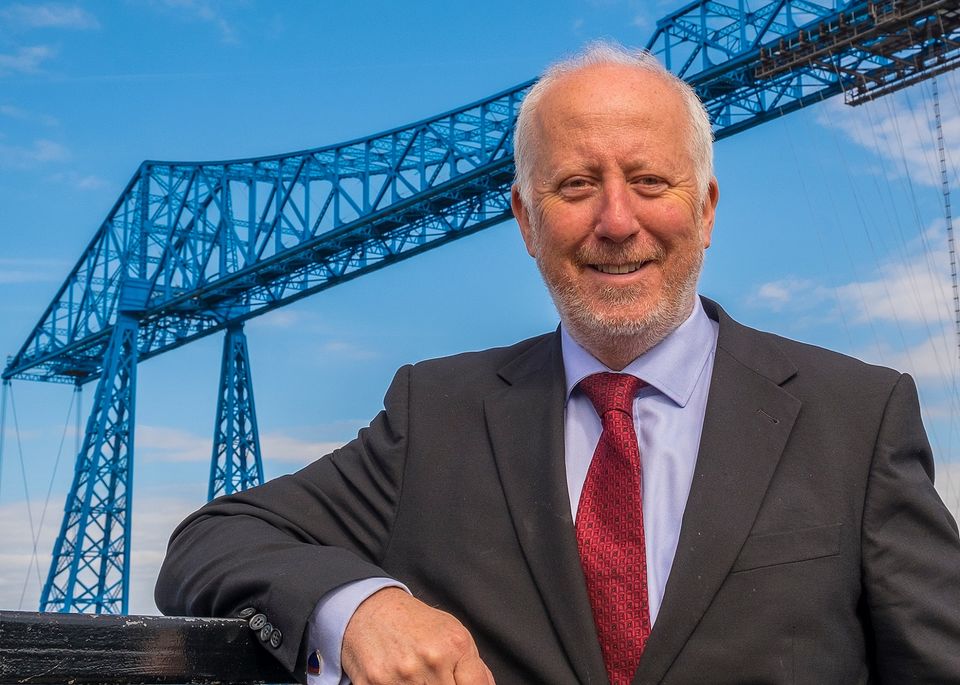 “Mr Speaker, may I start by welcoming the Secretary of State to his place and wishing him every success in his new role.

I am sure that I speak for the whole House in paying a heartfelt tribute to the workers of our country ‚Äì the women and men who have battled so hard throughout this pandemic ‚Äì persevering in the most difficult environment any of us who have not suffered the horrors of war, have ever known.

Those key workers ‚Äì our nurses, doctors, our health and care workers, shop workers, cleaners, transport workers, indeed everybody who has worked so selflessly and bravely battled to maintain services throughout our country.

Sadly, too many have worked in unsafe conditions because of the Government‚Äôs failure to enforce workplace health and safety standards or provide the financial support needed for people to self-isolate.

And tragically so many workers have lost their lives ‚Äì including a member of our own House of Commons family, namely Godfrey Cameron ‚Äì and we grieve with and for all who love them.

Workers are facing enormous stresses and pressures and many are having to deal with major mental health challenges.

And it is with all those workers in mind that Her Majesty‚Äôs Opposition brings forward this motion today.

This pandemic has exposed the many deficiencies of workers‚Äô rights and protections, and now there is a real yearning that ‚Äì when we emerge from this crisis ‚Äì a better deal for working people is not only possible, it is essential.

And yes, the economic position is tough, but people came back from a devastating war in 1945 determined to forge a better society for their families to prosper in.

Such a moment, as President Biden said, of ‚ÄúRenewal and Resolve‚Äù is right now.

At no time in living memory has it been clearer that the safety and security of working people is inextricably linked with public health and the economy.

Against this backdrop, Mr Speaker, it is shocking that the Government would embark on a review to rip up the hard-won rights of working people.

As revealed in the Financial Times, the Government has drawn up plans to: end the 48-hour working week; weaken rules around rest breaks; and exclude overtime when calculating holiday pay entitlement.

If this Government has its way, these changes would have a devastating impact on working people.

Quite simply, it will mean longer hours, lower wages, and less safe work.

The 48-hour working week limit is a vital protection of work-life balance. It is also a crucial health and safety protection, without which the physical and mental well-being of workers and the general public is at risk.

Because, let‚Äôs not beat around the bush, working longer hours leads to more deaths and more serious injuries.

Nobody wants their loved ones cared for by overworked nurses or ambulance staff, or buses or cranes to be operated by tired out drivers. After the sacrifices of the past year, it is unconscionable for the Government to plot changes that would endanger workers and the public.

But it isn‚Äôt just about making work less safe ‚Äì the Government is proposing to exclude overtime from holiday pay entitlement, which would be a hammer blow to the finances of the country‚Äôs lowest paid and most insecure workers.

Under current rules, regular overtime is included when calculating holiday pay entitlement, ensuring it reflects the hours that are actually worked.

Scrapping these rules would mean the holiday pay workers get would be lower.

The average full-time care worker would lose out on ¬£240 a year, a police officer over ¬£300, an HGV driver over ¬£400, and a worker in food and drink processing more than ¬£500.

However, the losses will be even more severe for those who work irregular hours such as retail workers who work lots of overtime.

USDAW describe the case of Leon, a warehouse worker who works night shifts for a major parcel delivery company, ‚Äì employed on an 8.5-hour contract but works 36.5 hours in an average week. Leon would lose ¬£2,149.22 per year.

And all of this, Mr Speaker, right at the start of the stewardship of a new Secretary of State for Business ‚Äì who wrote in Britannia Unchained in 2012 that ‚Äúthe British are among the worst idlers in the world.‚Äù

The Secretary of State is wrong. Far from being lazy, British workers work some of the longest hours of any mature economy, yet our economy still suffers from poor productivity.

The solution to this is to strengthen employment rights, not to strip them away in a bid to make working people work even longer hours.

The Secretary of State has excused these comments as being a long time ago. But in 2015, the Rt Hon Gentlemen wrote and edited another pamphlet called ‚ÄúA Time for Choosing‚Äù in which he said, and I quote:

Does he stand by that?

He‚Äôs spent a career calling for employment protections to be weakened, so he has to recover a lot of ground if he is to persuade the country‚Äôs 30 million plus workers that he is on their side.

If he now wants to say that the 48-hour cap, holiday pay entitlements and rest breaks will be protected, and he‚Äôll scrap the planned consultation, then perhaps he can say so in unequivocal terms here today and vote for our motion.

Today‚Äôs motion also calls on the Government to set a timetable to introduce legislation to end ‚Äúfire and rehire‚Äù tactics.

It‚Äôs not a new phenomenon. But it‚Äôs gained prominence because of the conduct of major employers such as British Airways, Heathrow and British Gas -some in circumstances they claim to be justified by the COVID pandemic.

It‚Äôs about sacking workers and hiring them back on lower wages and worse terms and conditions.

Including 20,000 British Gas employees who kept working ‚Äúthrough the pandemic to keep customers‚Äô homes warm‚Äù and worked with the Trussell Trust to deliver food parcels.

It includes British Airways, whose use of ‚Äúfire and rehire‚Äù was described by the cross-party Transport Select Committee as ‚Äúa calculated attempt to take advantage of the pandemic to cut jobs and weaken the terms and conditions of its remaining employees‚Äù and ‚Äúa national disgrace.‚Äù

The Leader of the Opposition was right to call for ‚Äúfire and rehire‚Äù tactics to be outlawed, saying

We‚Äôve repeatedly warned that the practice would become increasingly common, triggering a race to the bottom.

I take no delight in observing that this warning has come to fruition. Research published today by the TUC reveals that ‚Äúfire and rehire‚Äù tactics have become widespread during pandemic.

Nearly 1 in 10 workers have been told to reapply for their jobs on worse terms and conditions since the first lockdown in March. And the picture is even bleaker for BAME and young workers and working-class people:

Far from levelling up, the Government is levelling down, with nearly a quarter of workers having experienced a downgrading of their terms during the crisis.

Mr Speaker, ‚Äúfire and rehire‚Äù is a dreadful abuse and allows bad employers to exploit their power and undercut good employers by depressing wages- taking demand out of the economy-and it‚Äôs all the more galling when those very companies have had public funds to help them get through the pandemic.

The economic response to the 2008 financial crisis in Britain was characterised by poor productivity and low wage growth. The Government fails to understand that well-paid, secure work is good for the economy, and greater security for workers would mean a stronger recovery.

If the Government had listened to the Leader of the Opposition back in September, countless workers could have been spared painful cuts to their terms and conditions. But it isn‚Äôt too late for the Government to act now to introduce legislation to end ‚Äúfire and rehire‚Äù, and to give working people the security they need. If they do that, they will have our full support.

And, finally, Mr Speaker let me turn to the Government‚Äôs amendment in which they say firstly that we have

‚ÄúOne of the best employment rights records in the world [‚Ä¶] and the UK provides stronger protections than the EU.‚Äù

That is simply not the case. The UK ranks as the third least generous nation for paid leave and unemployment benefits of the US and major European economies.

And a UNICEF analysis of indicators of national family friendly policies has the UK in 28th place lagging behind Romania, Malta and Slovakia and just edging ahead of Cyprus.

But what is the Government doing with the opportunity that they so welcome?

What have they been doing on ‚Äúfire and rehire‚Äù? All we‚Äôve had is sympathy and hand wringing when action was, and still is, required.

Where were they on Rolls Royce at Barnoldswick? ‚Äì it was Unite the Union and the courage and determination of those brave workers who fought to secure their jobs, not this Government.

But in closing Mr Speaker I ask the Sec of State: Why did his department embark on this review?

And how can it be that his department has sought responses from companies without the consultation being published?

And can he confirm that it is now dead in the water or does he intend to bring it back at a later date?

And we were promised an Employment Bill that‚Äôs ‚Äúgoing to make Britain the best place in the world to work‚Äù?

We, on this of the House, would very much welcome a Bill that did exactly that, but given his track record, we‚Äôve got major doubts. So perhaps he can tell the House when we are going to see this Bill introduced.

From this point on ‚Äì it is indeed about ‚Äúhow we rebuild our country and secure our economy‚Äù and that objective has to have working people, their interests, their health and wellbeing right at the forefront.

As a bare minimum, that has to include maintaining the basic protections that employees have had up to now and to then to build on them going forward.

Sadly, workers will find no hard evidence of this Government enhancing their rights and protections, but it‚Äôs what they were promised, and it‚Äôs what they are expecting and, so, Mr Speaker, we will be holding them to it.”