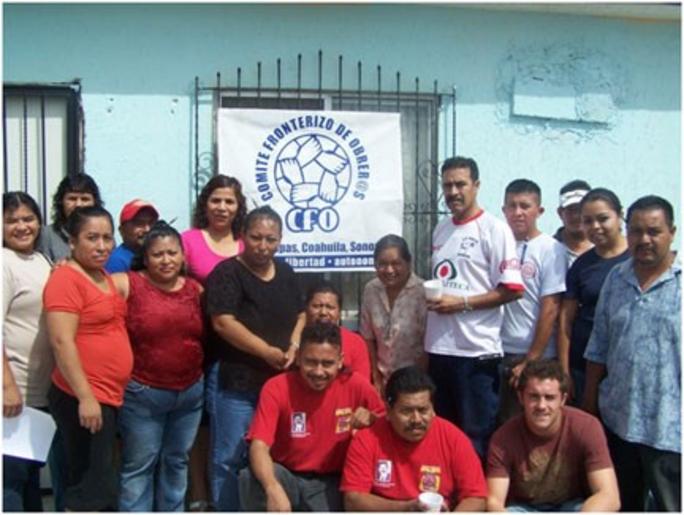 Statement published by the AFL-CIO

Of the 12 countries that make up the proposedÂ Trans-Pacific Partnership, or TPP,Â VietnamÂ andÂ MalaysiaÂ aren’t the only ones with serious labor and human rights deficiencies. Mexico also has an egregious record of failing to protect working people.

Most workers in Mexico cannot join or form a union that is accountable to them. Most employees in Mexico who are covered by a collective bargaining agreement have never even seen it, much less voted on it. These working people are represented by employer-dominated “unions” that have no connection to them or their workplace. These so-called “unions” collect dues, and sign and manage collective bargaining agreementsâ€””protection contracts”â€”that protect companies instead of employees.

Working people and labor organisersÂ who try to create or join independent unions are regularly threatened, intimidated or beaten.Â Yet Mexico is on track to be part of the Trans-Pacific Partnership (TPP), a trade agreement involving 12 countries that the U.S. government insists will have the strongest workers’ rights protections ever. How can a country with such a poor record on labor rights be included in this so-called â€śhigh standardsâ€ť agreement?

How can a TPP that includes Mexico improve workers’ rights when these and other workplace issues remain unaddressed?

The U.S. governmentÂ has publicly and recently recognized these serious problemsÂ and has called on Mexico to change laws and practices. Working with independent Mexican unions in the UNT (a labor federation), theÂ AFL-CIO has produced a joint declaration spelling out what changesÂ are needed in Mexico for workers to have a chance of claiming their rights.

When U.S. Secretary of Labor Tom Perez and his Mexican counterpart meet to discuss what must be done to fix these problems before Mexico is given access to broader trade benefits, both governments must focus clearly on concrete measures to correct known problems that workers face every day in defending their rights.

Substantive legal reforms, not just minor administrative fixes, are needed to fix Mexicoâ€™s failed labor rights system. Moreover, the legal reforms must be put into practiceâ€”mere paper compliance is not compliance at all. Both governments must focus clearly on concrete measures to correct well-known problems that workers face day to day in defending their rights.

If this is not done, and done before Mexico becomes a party to the TPP, Mexico should be excluded from the deal.